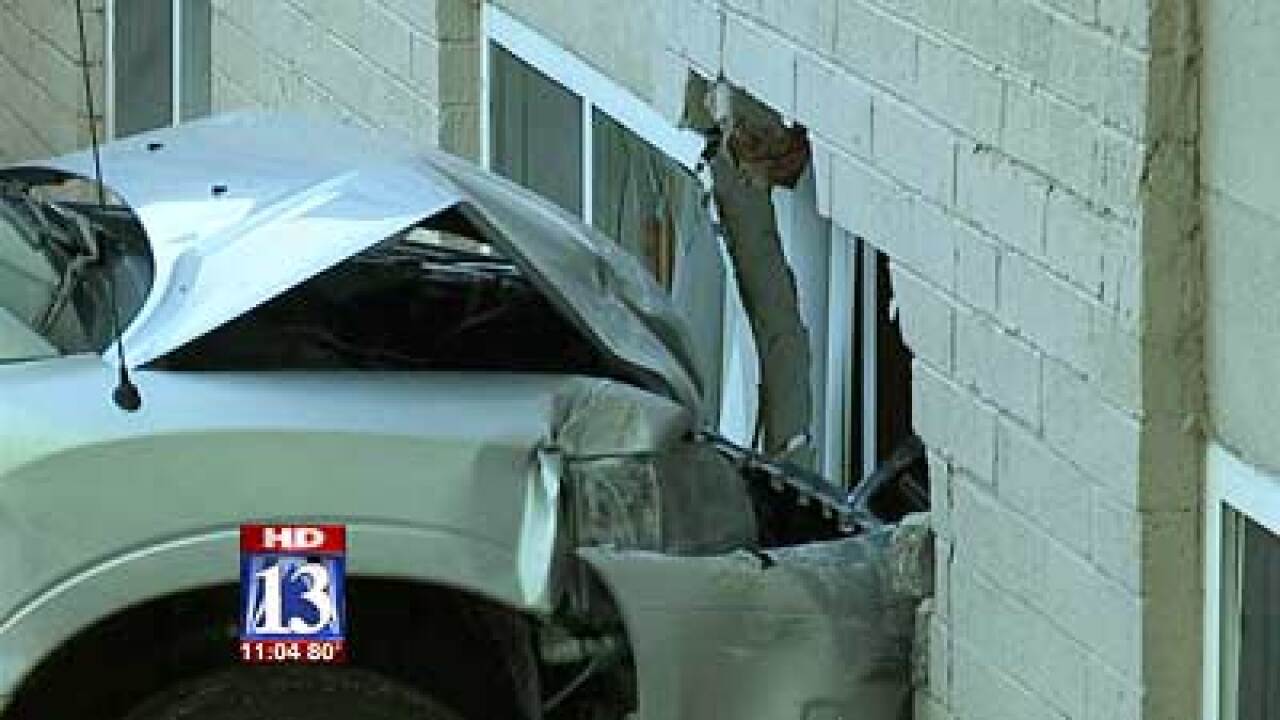 MILLCREEK -- Two cars collided in a Millcreek intersection, sending one into an apartment building and forcing evacuations.

Police said a driver in a Mitsubishi was trying to make a left turn near 3700 South Highland Drive at around 1:30 p.m. when it collided with a Pontiac that was headed straight through the intersection. The Mitsubishi then drove into an apartment complex near the intersection, forcing evacuations of some of the apartments.

"There was some conflict about what color the light was at that time but the vehicles impacted in the intersection," said Lt. Justin Hoyal, Unified Police Dept.

Residents there said this is fairly common sight to see cars mistake the light.

"Every light change, two to three people run the red light, every day, every time it changes," said Alan Hansen, a neighbor.

An 11-year-old girl was in the apartment at the time of the crash, but she was not hurt.

Police say there are some serious injuries but none are life-threatening.

UFD and building inspectors are investigating to see if the building is still safe to live in.