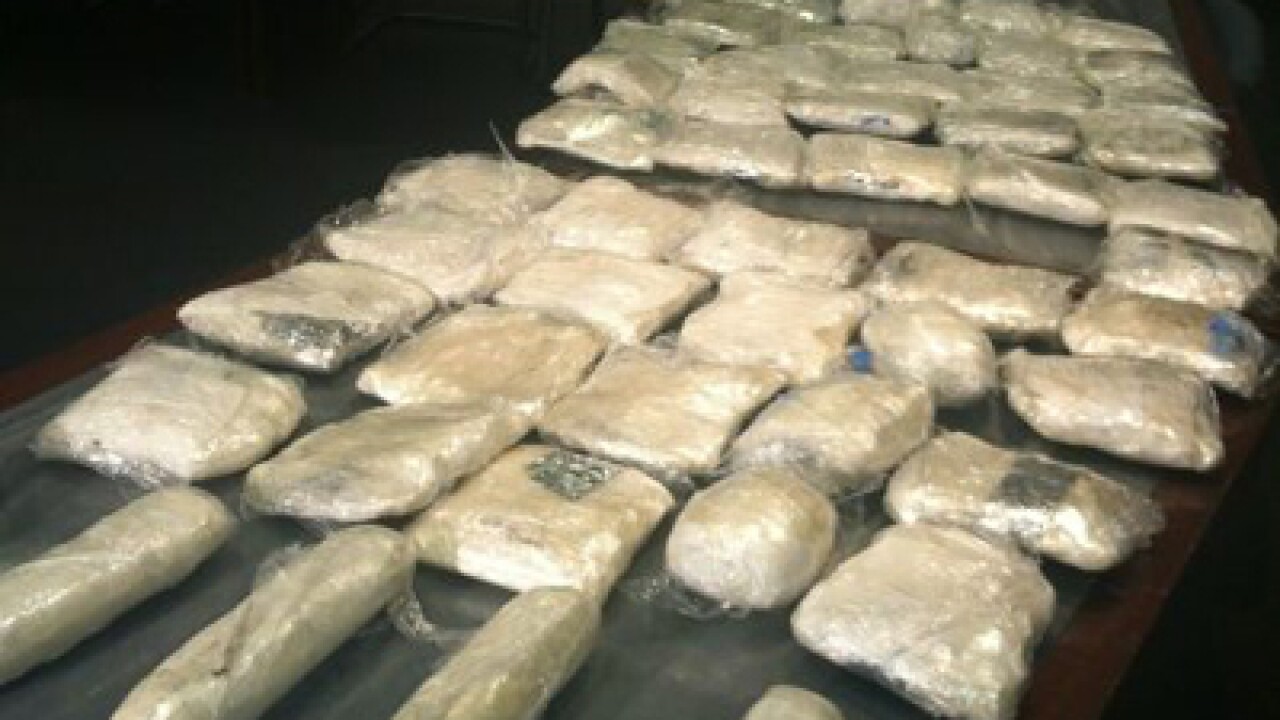 Federal charges have been filed after undercover agents from the Drug Enforcement Administration seized a record 57 pounds of methamphetamine bound for the Salt Lake City area Sunday night.

The meth was manufactured in Mexican labs and is projected to be 97-100 percent pure. The drug in its pure form had a wholesale value of $600,000 and a street value of $6 million.

Agents say the meth bust targeted the Sinoloa Cartel, a drug cartel based in northwestern Mexico.

"The cartel was very, very secretive once it crossed the border. About an hour outside of Salt Lake, we received a phone call. We were told that the methamphetamine was approximately an hour out," said Frank Smith, a DEA Assistant Special Agent. "From that point, we set up surveillance and identified a vehicle."

The meth had been packaged in cylindrical bags, placed in PVC pipe and hidden in vehicle headliners - the soft ceilings commonly seen in cars. The meth came to Utah by way of California.

Federal authorities brought charges of distribution of methamphetamine against Osiel Ruvalcaba-Azpeitia, 24, from California. Police say the suspect claimed he needed the money to pay for college expenses and surgery for his mother.

"He advised the DEA agents that he was paid $500 per pound of methamphetamine he was transporting and that he was well aware of the hidden compartment with the presence of the drugs," said Assistant US Attorney Rob Lund.

Ruvalcaba-Azpeitia is scheduled to be back in court on Thursday for a detention hearing. If convicted, he could get life in prison.

Sunday night's bust was the end of a yearlong operation in which 127 pounds of meth, seven pounds of heroin, approximately $550,000 in assets and eleven weapons, including an AK-47, were seized.