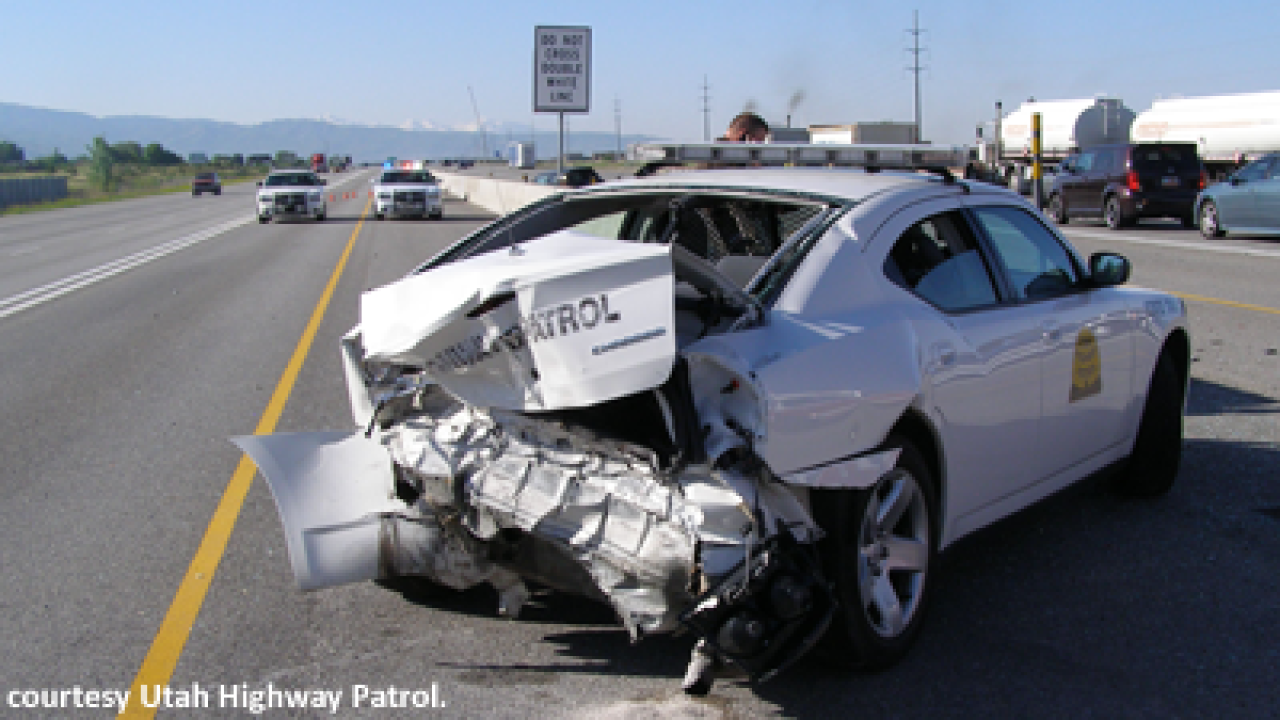 A Utah Highway Patrol trooper was stopped in the median of Interstate 15 when it was hit from behind, said UHP officials.

A man is dead and his alleged killer is on the loose after an apparent gang-related shooting at a party Saturday morning in Murray.

A suspected drowsy driver caused a wreck with a Utah Highway Patrol trooper’s car, sending the trooper to the hospital on Sunday.

In the years that followed World War II, facades of aging buildings were covered to make them look more modern, hiding some of the history of the state.  Take a peek into the past and maybe the future of downtown Salt Lake City.

In sports, Chelsea beat Bayern Munich Saturday to win the European Champions League for the first time.  It was decided by penalty kicks as the match finished 1-1 after extra time.

See viewer’s photo of the eclipse.  You can also submit your own images by clicking on the ‘submit your photo’ tab under the gallery on the post.