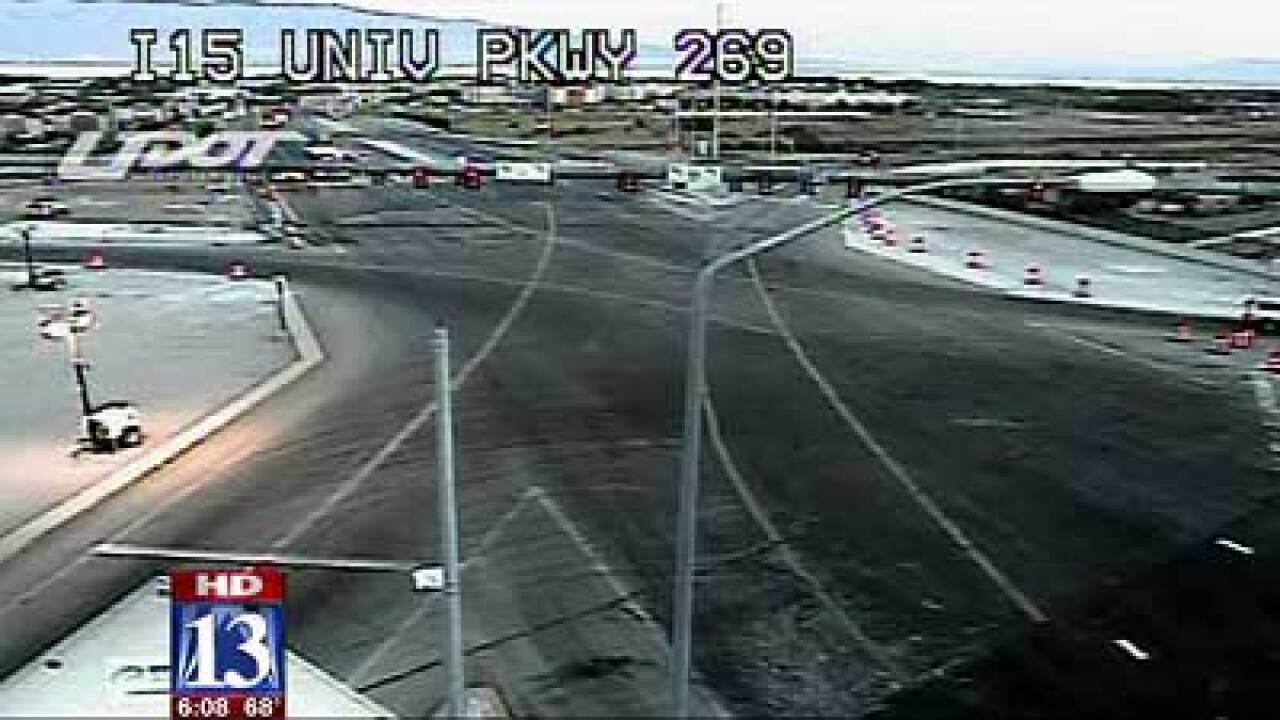 The intersection as seen through a UDOT traffic camera at about 6:10 a.m. on Tuesday.

UDOT said the new continuous flow intersection will allow one of Utah’s busiest highways better traffic flow for the some 70,000 vehicles that pass through every day. And for the next few weeks, another 30,000 is expected to pack that intersection at University Parkway and Sandhill Road as several high schools will hold their graduation ceremonies there.

Construction crews have been working almost nonstop over the weekend to have the intersection done. UDOT said they worked through the night to be ready for motorists at 5:30 a.m., the planned reopening time.

“We got about 20 graduations that are going to happen over at UVU and so we are pleased to be ahead of those and have this opened for those graduations,” said UDOT’s I-15 CORE director, Todd Jensen.

Jensen said the intersection directs traffic slightly different from what most drivers are used to, but will be more effective in the long run.

"There are a lot of left-hand turns that come off the interstate and need to go into the UVU campus," said Jensen. "A continuous flow intersection like this really facilitates making those left hands occur in an efficient manner."

Continuous flow intersections move those turning left across ongoing traffic sooner. Jensen said although the new flow direction may be unusual for some, he said watch for the signage and placement of the lights.

"Just be very conscious of where the signals are, where the stop bars are, because you may be stopping in a spot along the roadway where typically you wouldn't be used to stopping. So you really just need to on alert," said Jensen.

Drivers who live and work in the area said they are glad the construction is moving along and interested to see how the different design will work.

"I'm excited for my family and friends who have to travel on it more than I do. They'll be able to get to work and things a little easier. I'm just excited to see the final product," saif Orem resident Phillip Buonfort.

UDOT advises those who are not familiar with continuous flow intersection to view the following video that explains the differences HERE.