West Valley officer making a comeback after being shot 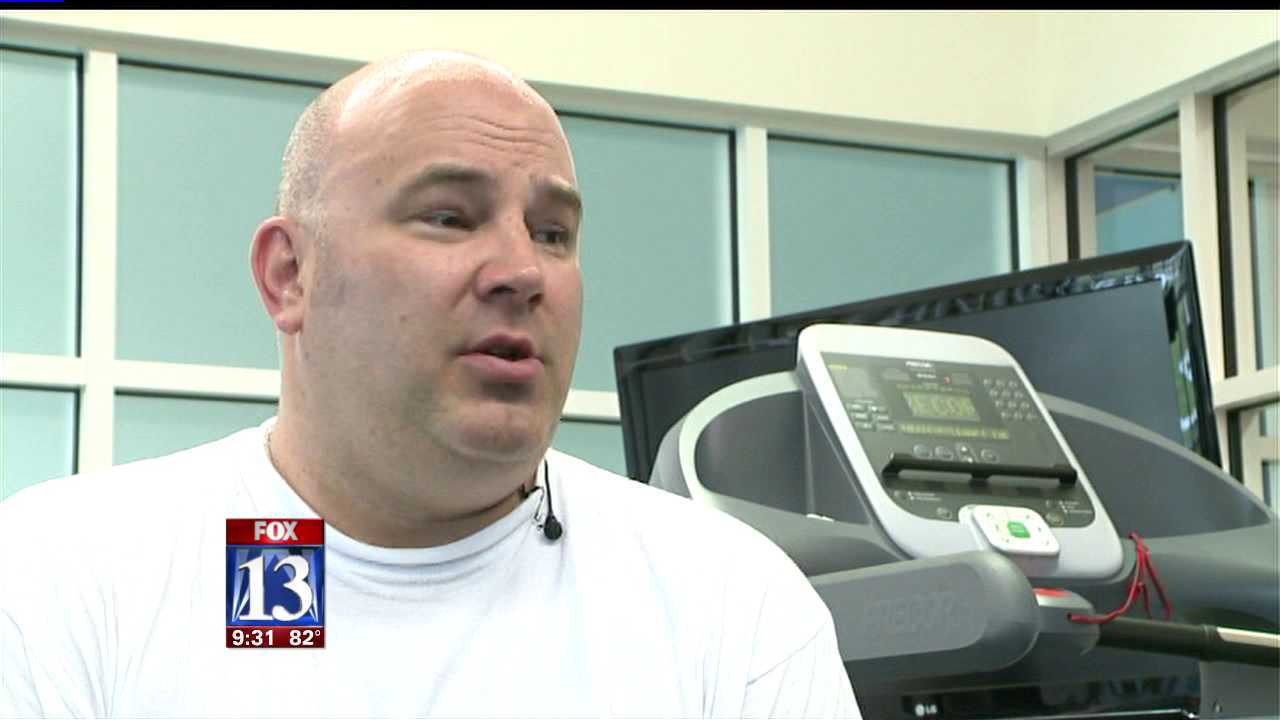 McNees was shot in the leg, but worse than the physical pain that came with it was the frantic time right after the incident, trying to reach his wife to let her know he was alive.

McNees'  wife is also as an officer, working for Salt Lake City PD. He says their bond and understanding of each others duties helped him recover.

[See part 2 of the video by scrolling down]

Now, McNees spends much of his time training his body, stretching, running and sweating, all part of his recovery from being shot while on duty last year.

“The bullet hit me directly in the kneecap, shattered the kneecap, traveled through the knee joint, deflected off my the bottom of my femur," he says.

On April 29 of 2011, McNees located a man who had reportedly committed a robbery.

McNees says he encountered the suspect, Cesar Martinez, rummaging through his car. McNees says he thought Martinez was stashing away bottles of alcohol, while ignoring his repeated commands.

"He turned around and gave me one last stare and then came around with a handgun leveled right at me and started pulling the trigger as fast as he could,” said McNees.

He says the first shot must have got him because his leg immediately gave way in the hail of bullets.

While ducking for cover, McNees stayed in radio contact and shouted: “Shots fired! Valley 34, I’m hit once in the leg; suspect has fled the scene!”

Moments later Martinez was arrested and headed to jail, while McNees was heading to the hospital. McNees says there were a thousand thoughts racing through his mind, but the primary concern was letting his wife know that he is alive.

Gretchen McNees is a veteran officer with the Salt Lake Police Department. She and Jeff McNees have been married for 12 years and have three children. They had seen a lot, but this incident was the most traumatic.

"It was pretty crazy but glad he was OK. I knew he was going to be OK but we had no idea if he'd return to work, if he'd lose his leg, didn't know any of that,” said Gretchen.

McNees says Gretchen has been there with him, every step of the way.

"I'm a pretty big, strong guy and for the first few months she had to help me bathe, dress, use the restroom."

But as the physical recovery progressed, there were emotional issues within the family.

"It's something that's been scary for our kids. We've talked to our sons about it and they're worried when we had to go back to work," said Gretchen.

Martinez ultimately was convicted of attempted aggravated murder of a police officer. And McNees says another big hurdle was attending his shooter's sentencing.

"He [Martinez] gave my family what I think was a fairly sincere apology," said McNees.

But as draining as the experience has been, both say it has given them an even deeper appreciation for each other and their law enforcement family.

"There are things we have to do in this job and both of us are willing to accept the risks that come with the job. But of course our main goal is to come home at night," said McNees.

Gretchen reminded her husband that he came home and she is very proud.

The couple is committed to McNees' return to duty and to finishing their police careers.

"We're doing well, this hasn't destroyed us, we're still out there working and will continue to do so," said McNees.

Officer Jeff McNees is planning to return to patrol the streets of West Valley City sometime next month. Cesar Martinez is currently serving five years to life in the Utah State Prison.