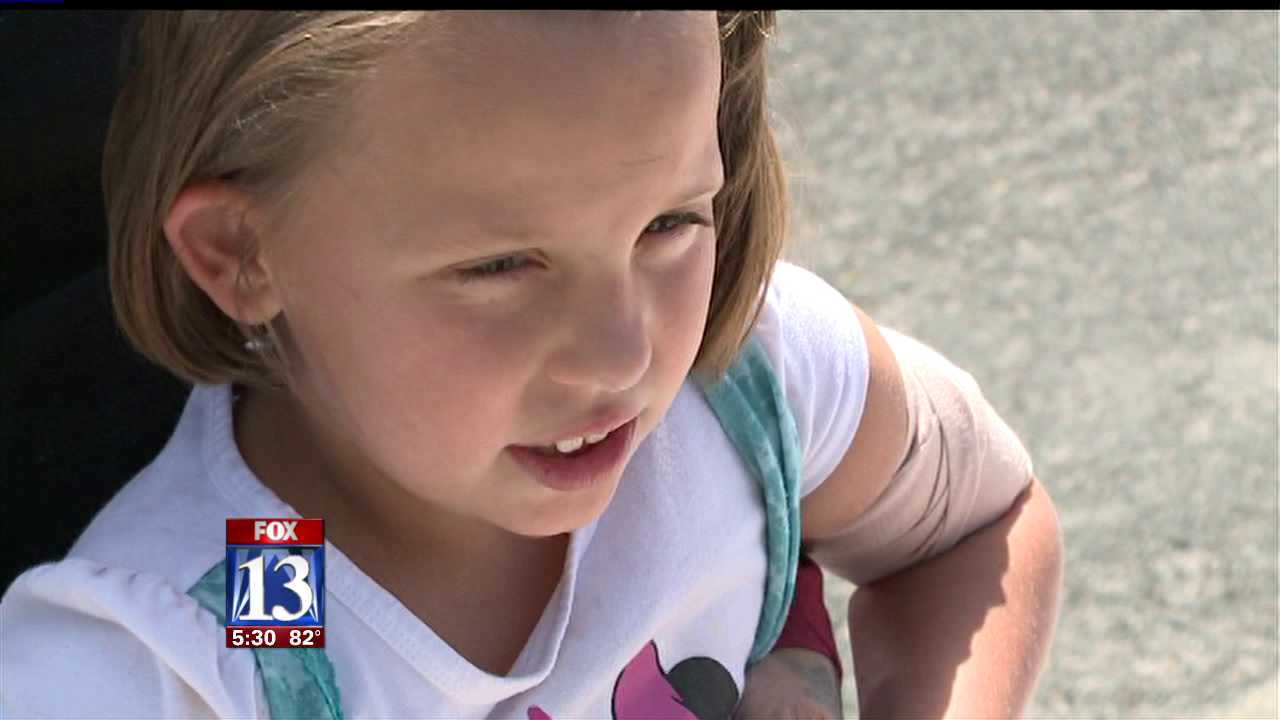 TAYLORSVILLE -- An 8-year-old girl is recovering after she was attacked by a pit bull.

Janette Boradhead says on May 11 she was walking home from a nearby park when a neighborhood pit bull attacked and tore into her arm.

"He just ripped out my muscle. And all the meat was hanging out," said Janette.

Janette said she tried to run but the dog hung onto her arm, while the owner rushed over to try to intervene.

Animal control officers quickly arrived and put the dog in quarantine. The girl was taken to the hospital and was treated. The girl received stitches and is scheduled to see a plastic surgeon.

Officers cited the owners for the attack and not having a current license. But because the owners did not have property insurance, Janette's family is left with the bill.

Her family says they do not have anything against the breed of the dog, but rather the dog's owners.

"It's not so much the pit bull breed, it's any of the dogs that I call the bully breed -- people really need to be more responsible for this," said Janette grandmother, Sandy.

FOX 13 attempted to contact the dog owner, but they have since moved from that home.

Meanwhile the dog remains at West Valley Animal Services, where they say the dog will be released to the owners as soon as they come and get him.