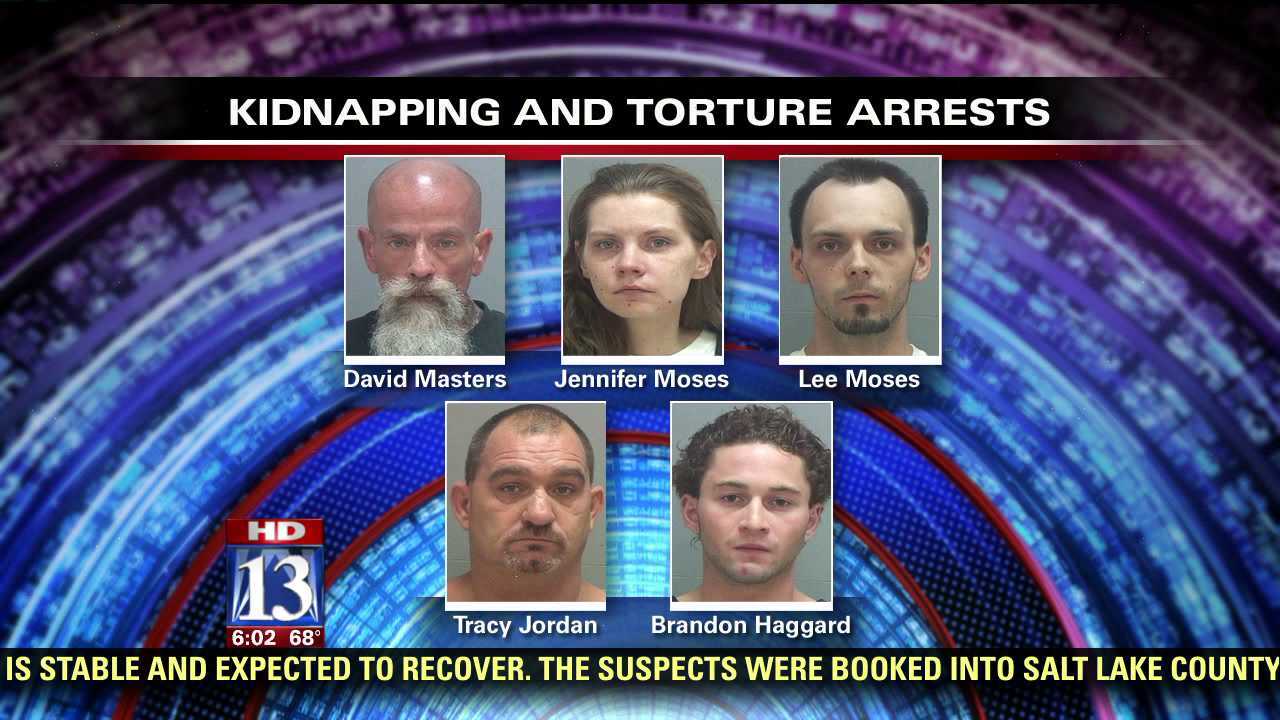 MAGNA -- A Magna man is in the hospital after police say he endured hours of torture at the hands of his six roommates.

The six suspects, Paula Masters, 43, David Masters, 55, Jennifer Moses, 30, Lee Moses, 26, Tracey Jordan, 45, and Brandon Haggard, 20 were arrested Sunday after police say they threatened the victim with a gun, handcuffed him and bound his feet.

The suspects allegedly started torturing the victim, delivering punches and inflicting pain using a variety of weapons and tools over a span of several hours.

Police said the suspects accused the victim of ratting them out to an alleged enemy of theirs and tried to force information from him.

Police say the group stopped their torture after believing the victim had no information to give. They say he was released and ran to his sister's home where he called police.

Police said the victim is in stable condition and is expected to recover.

The suspects were booked into Salt Lake County jail and are facing multiple charges including aggravated kidnapping and aggravated assault.

Police say due to the number of alleged assailants, they will classify the incidents as gang violence and, if convicted, would increase the level of punishment possible.