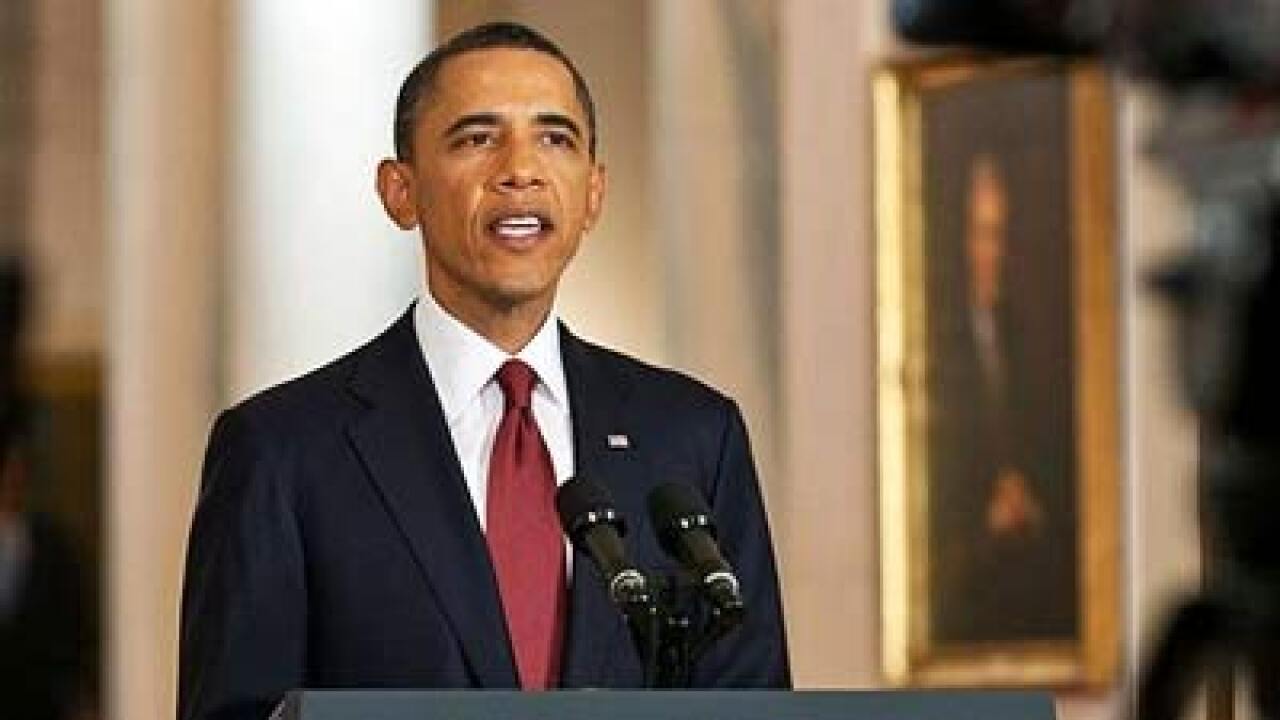 President Obama Speaks from The White House in this file photo.

By Kevin Liptak
(CNN) — President Barack Obama faced unlikely challenges in two Southern state primaries Tuesday, though the results won’t pose any threat to his status as the Democratic presidential nominee, and both states are expected to vote solidly Republican in November’s general election.

In Arkansas, Obama won the Democratic presidential primary with 58% of the vote, facing a challenge from lawyer and perpetual presidential candidate John Wolfe. Wolfe had 42% of the vote on Wednesday morning, with 53 of 75 counties reporting results.

In another Southern state, Kentucky, Obama fared similarly, with 58% of Democratic primary voters casting their ballots for him. Forty-two percent voted for “uncommitted.”

The results in Arkansas and Kentucky are largely about appearance rather than substance – after all, Obama already has the requisite delegates to become his party’s nominee at this summer’s Democratic National Convention. But tepid enthusiasm among Democrats doesn’t look great for his campaign, which has sought to put states into play that were previously considered unwinnable for Democrats.

Both Kentucky and Arkansas went for Sen. John McCain in the 2008 election by large margins, and have long histories of supporting Republicans in presidential elections. In the 2008 Democratic primaries, Obama lost by large margins in both states to then-candidate Hillary Clinton (whose husband, former President Bill Clinton, served as Arkansas’ governor before heading to the White House.)

However, other southern and Appalachian states are considered in play for Obama in November: North Carolina and Virginia are both states the president won in 2008 but that he’s fighting to retain in 2012. Results in Arkansas and Kentucky could pose questions about Obama’s ability to woo voters in those states.

Yet even Mitt Romney, who is now considered the likely GOP nominee, failed to crack 70% in the Arkansas and Kentucky primaries Tuesday. In Arkansas, Romney had 68% of the vote, with Texas Rep. Ron Paul and former GOP candidate Rick Santorum both taking 13% as of Wednesday morning.

In Kentucky, 117,599 votes were cast for Romney in the GOP primary, amounting to 67% of the total. Obama was ahead of the former Massachusetts governor in terms of total ballots cast, with 119,284.

Republicans quickly pounced on the results in Arkansas and Kentucky to paint the president as unpopular within his own party, launching a social media campaign to mock the “uncommitted” results in Kentucky. A graphic using Obama’s campaign logo is paired with the words ” Fired up! Ready to go! Uncommitted!” in an online flier distributed by the Republican National Committee.

Text on the RNC’s graphic reads: “Not sure who to vote for? These new campaign buttons proudly state your reluctance as a Democrat to vote for Obama after he didn’t keep his campaign promises the first time around. Join your fellow Democrats and say you’re fired up! Ready to go! Ready to vote for anyone but Obama.”

Tuesday’s results are the second time in the past month the president has faced a Democratic challenge in a state unlikely to vote for him in the fall.

In West Virginia’s May 8 primary, Keith Judd received a sizable chuck of the Democratic vote – 41% by the latest count. Judd is currently serving a 210-month sentence in a federal prison in Texas for extortion.

In an interview with CNN after the election, Judd attributed his success to anger directed toward the political establishment.

“The poor and middle class are being controlled by the wealthy,” Judd said. “It’s like Monopoly. When one person gets all the money, the game is over.”

“When you’re out of work, man, it’s a depression,” Biden told the CNN Ohio affiliate. “And a lot of people are still hurt because of this God awful recession we inherited that cost 8.4 million jobs before we could really get going.”