ST. GEORGE - Welders along I-15 sparked a fast-moving brush fire in the Bloomington Hills area of Washington County on Wednesday afternoon.

Officials say the fire started at around 4 p.m. along I-15 near milepost 4. Marc Mortensen, St. George Assistant City Manager, says that a subcontractor welding a highway sign at an interchange at milepost 4 sparked the fire.

The blaze moved through brush along the Virgin River towards homes west end of Hill Road, where homeowners were put on standby for evacuation orders. Fire crews were able to control the fire before it reached those homes.

The fire was under control by 6 p.m. Wednesday. Officials say it burned about 15 acres. 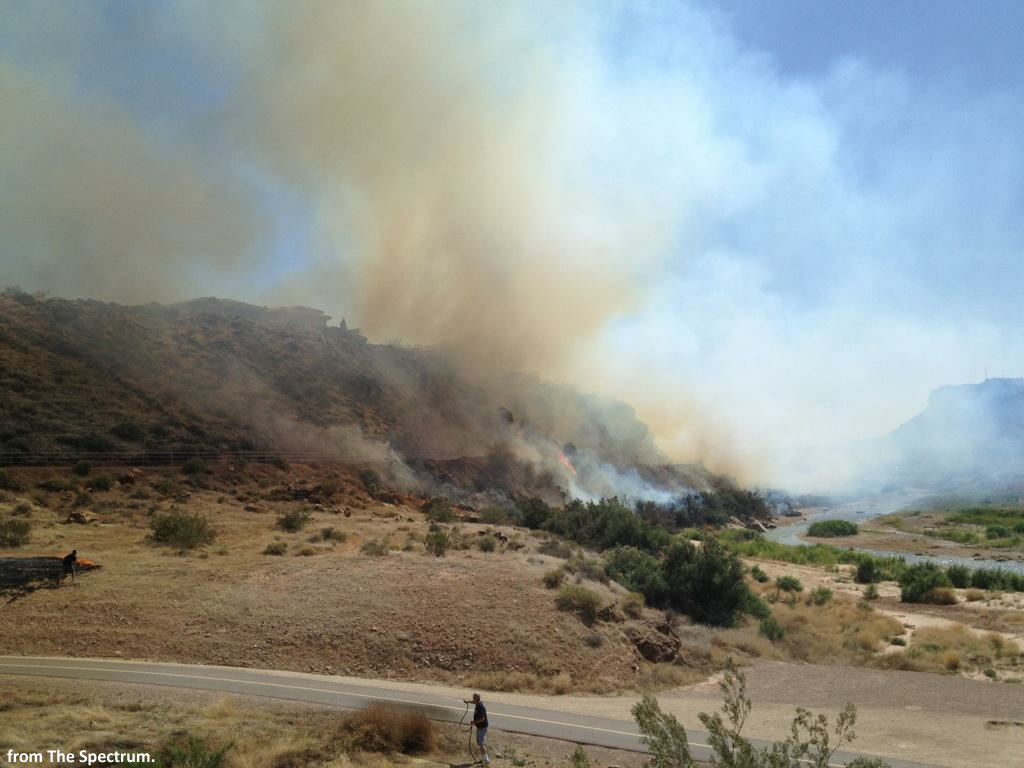