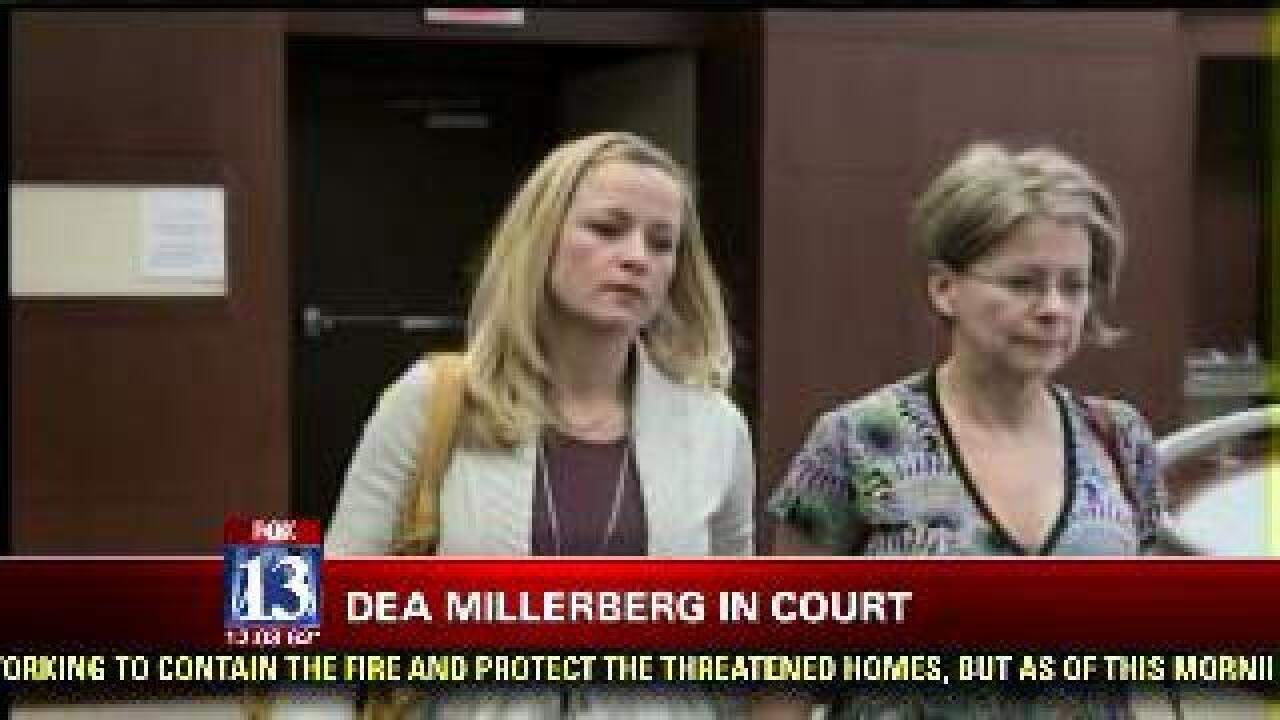 OGEDN -- The estranged wife of a man charged with killing 16-year-old Alexis Rasmussen was in court on Wednesday.

Attorneys for both sides wanted to see what happens in her husband's case before they proceed with her case.  Eric Millerberg has been ordered to stand trial in connection with the disappearance and death of Rasmussen.

Dea Millerberg made an agreement with prosecutors to testify against her husband.  Prosecutors said that she has fulfilled part of that agreement.

"We anticipate that she will testify in the future," said Dee Smith, Weber County prosecutor.  "It was basically a chance to give us some time to get that case through the system and make some decisions on how we will proceed with our case."

Dea Millerberg was a crucial witness in her husband's preliminary hearing.  She testified that Eric Millerberg injected Alexis with methamphetamine on the night that she died.

Alexis Rasmussen was last seen at the Millerberg’s home on September 11, 2011. Her family told authorities she was babysitting.  A month later, her body was found in Morgan County.

"Obviously, Mr. Millerberg's case is not resolved, and as everyone knows, she testified at his preliminary hearing, so that's one factor," said Mike Bouwhuis, Dea Millerberg's attorney.  "The other thing is that she is still working on her case in the juvenile court, with her children.  She has been drug free for about eight months now, continuing with her counseling.  So those are things we want to allow her an opportunity to finish."

Dea Millerberg faces a number of charges, including desecration of a body in connection with Rasmussen's death.