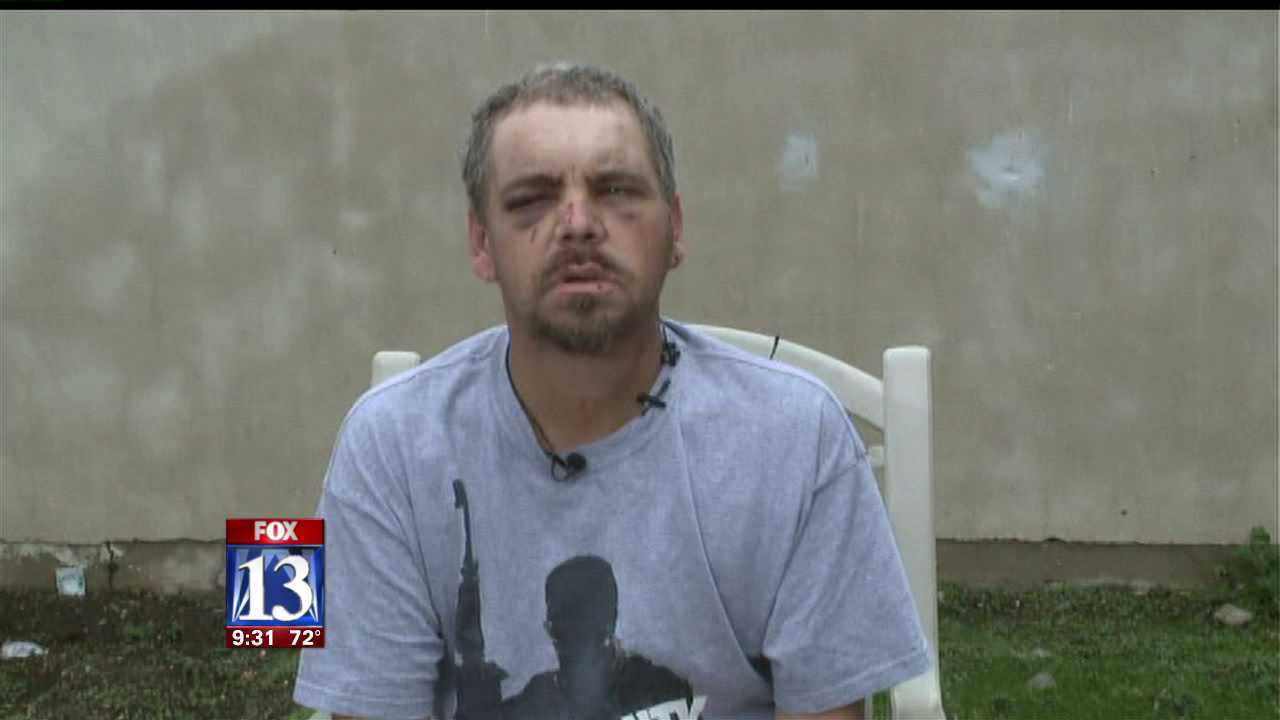 MAGNA -- A Magna man is speaking out after he says he was tortured by his six roommates over the weekend.

"Next thing I know I'm getting beat up with laptops, keyboards, boards, sticks, having knives put to my throat," Chapman said.

He says his roommate Lee Moses claimed he was being threatened and Moses thought Chapman was to blame.

"They decided I was the one responsible for it," Chapman said.

The beating quickly turned sadistic. Implements to inflict pain were brought out, including a power drill that was used to bore into the victim's skin.

Chapman said they brought out a Dremel tool and marked up his chest and back. They also brought a stapler and allegedly stapled Chapman's lips together, along with his ears.

"I was begging for them just to kill me, so I didn't have to deal with it no more," he says. "I would've never believed these people would've done this to me, never ever in the world."

Police said after about eight hours Chapman's assailants stopped and let him go.

"And then when I was allowed to leave. I got to leave in my underwear," says Chapman.

Chapman ran to his sister's home, called 911 and when cops searched the scene of the crime, they found tools used for torture in a bucket of cleaning solution. All six roommates are in the Salt Lake County Jail.

Chapman hopes their next stop is prison.

The suspects face charges of aggravated kidnapping, aggravated assault and obstructing justice. The charges may include gang enhancement because of the number of people involved in this attack.