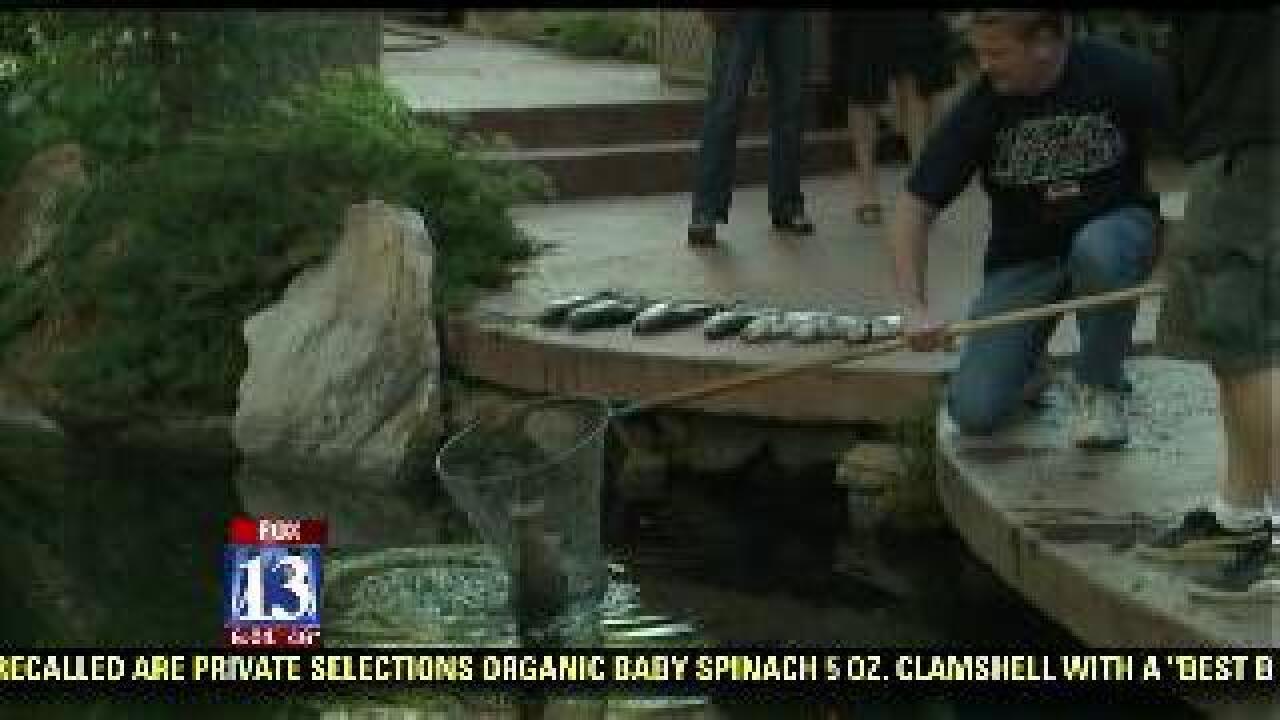 PARK CITY -- A couple tells police they returned home from a business trip to find over 100 fish dead, floating in their private pond.

It happened at 4 Hidden Splendor Court, located in the Thaynes Canyon neighborhood of Park City.  Authorities are trying to determine if the fish had been poisoned and if the homeowners were the victims of a crime.

The pond is fed by a mountain spring and it is unclear if the water that flows into the pond is organically contaminated.

When the homeowners, Shan Ingleby and Loretta Paulus, returned from their trip at about 1 a.m. on Wednesday, they found fish either dead or thrashing about.  They said the water level was slightly low, so they started filling it with a hose and the fish seemed to calm down.  But by morning, they said, the bottom of the pond was covered with dead fish.

"We have never in all of the years seen anything like this, so many dead fish here at a private property or in the wild," said Ingleby.

They called police and firefighters arrived as well to test the water for contamination. The couple is awaiting results.

"I'm bothered that there could be something that's going into our water, whether on purpose or not, that's killing every living thing," said Paulus.

Ingleby said he and Paulus have been raising fish in their pond for about four years.

The Environmental Protection Agency and the Department of Natural Resources are assisting in the investigation.

FOX 13 will have more when further details in the investigation are known.