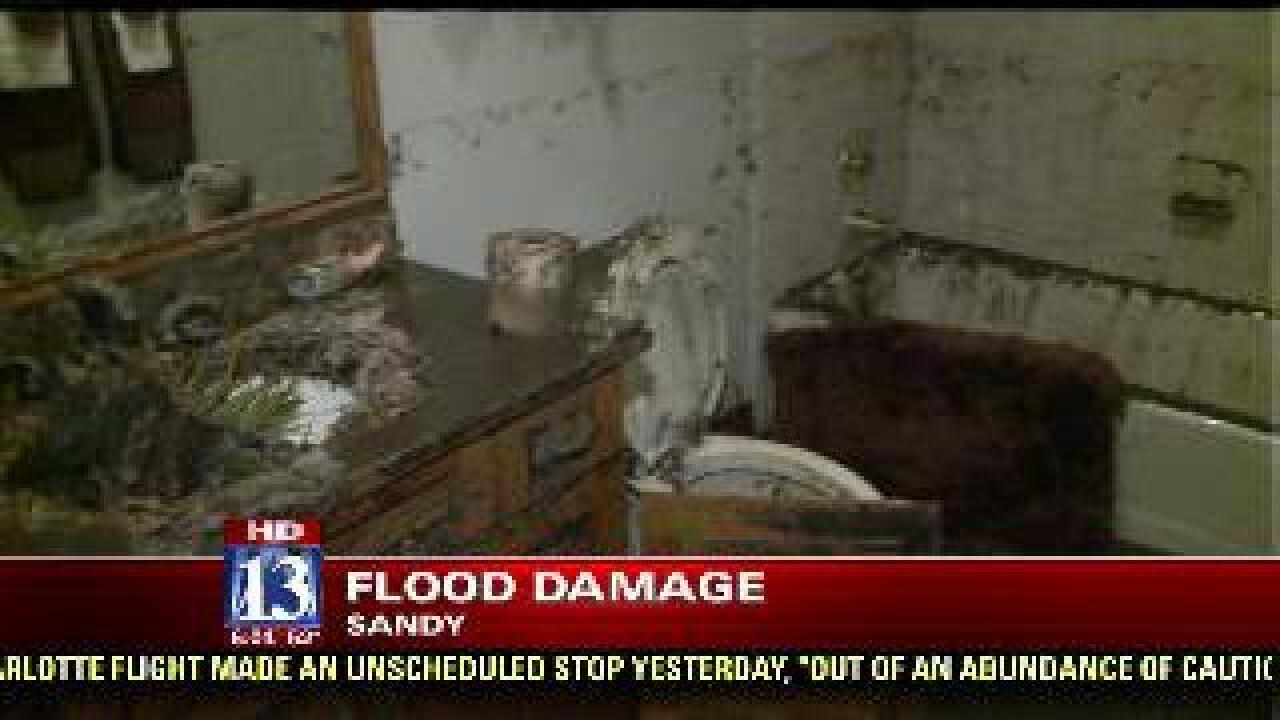 Fire crews worked into the night to stop the flooding, which happened near 34th East and 105th South.

The flooding appears to be coming from a run off ditch from a canal or a small stream, according to officials.  While crews worked to find the source, they piled up sandbags to contain the water.  At least one home in the neighborhood has significant damage.

Water flooded the bathroom, bedroom and filled up the kitchen cabinets and drawers.

"It was a river in the back, like 20 thousand gallons a minute," said Bob Stanworth, a homeowner.  "We had police and fire department and nobody knew what to do, so we started sand bagging but by then it'd come in the house.  It was already four to five feet up in the house, so we couldn't do anything til they got it fixed up above."

Officials said the flooding is contained, but there is still a lot to be done to fix the damage to homes and yards still underwater.