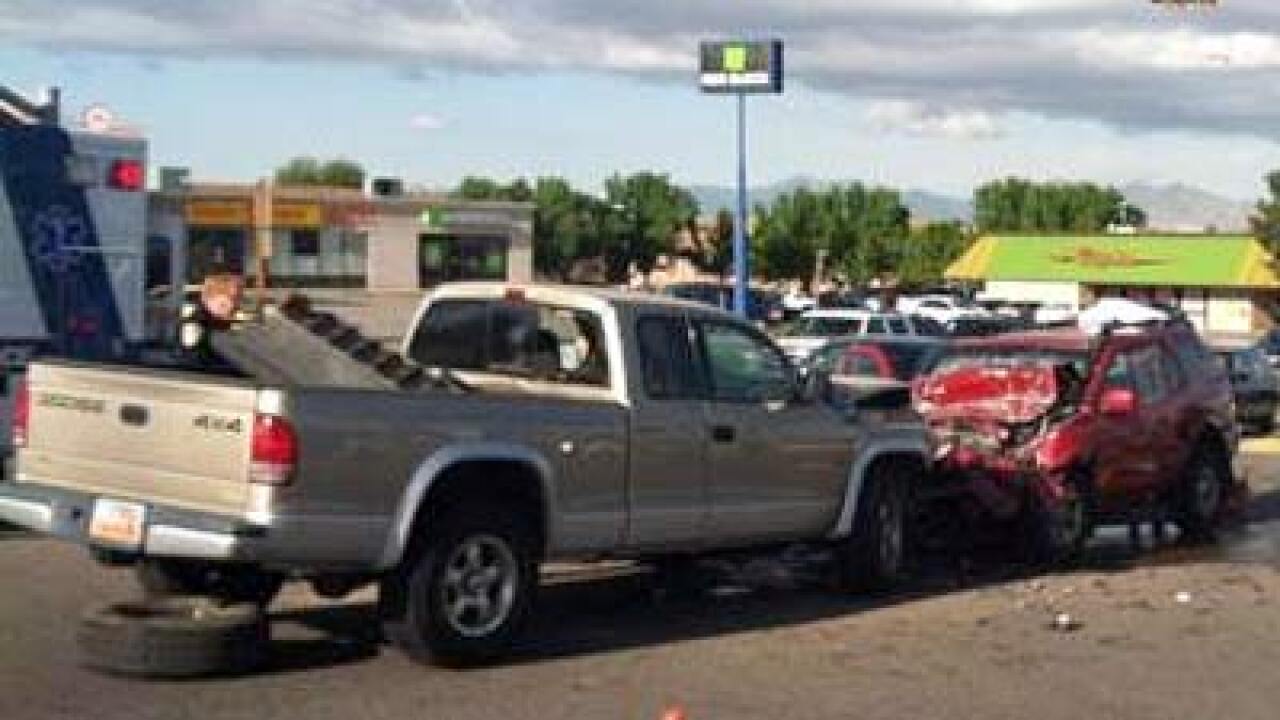 A woman died after a three car crash in Woods Cross on Thursday.

A witness said the driver of a maroon Rodeo was slumped over the steering wheel as she made a hard left turn.

According top police, the 52-year-old woman clipped a vehicle before hitting a small truck head on.  She was transported to the hospital where she died, police said.

The driver of the small truck was treated on the scene and released, police said.  There were no reports of injures in the third vehicle involved.

The name of the woman had not been released.