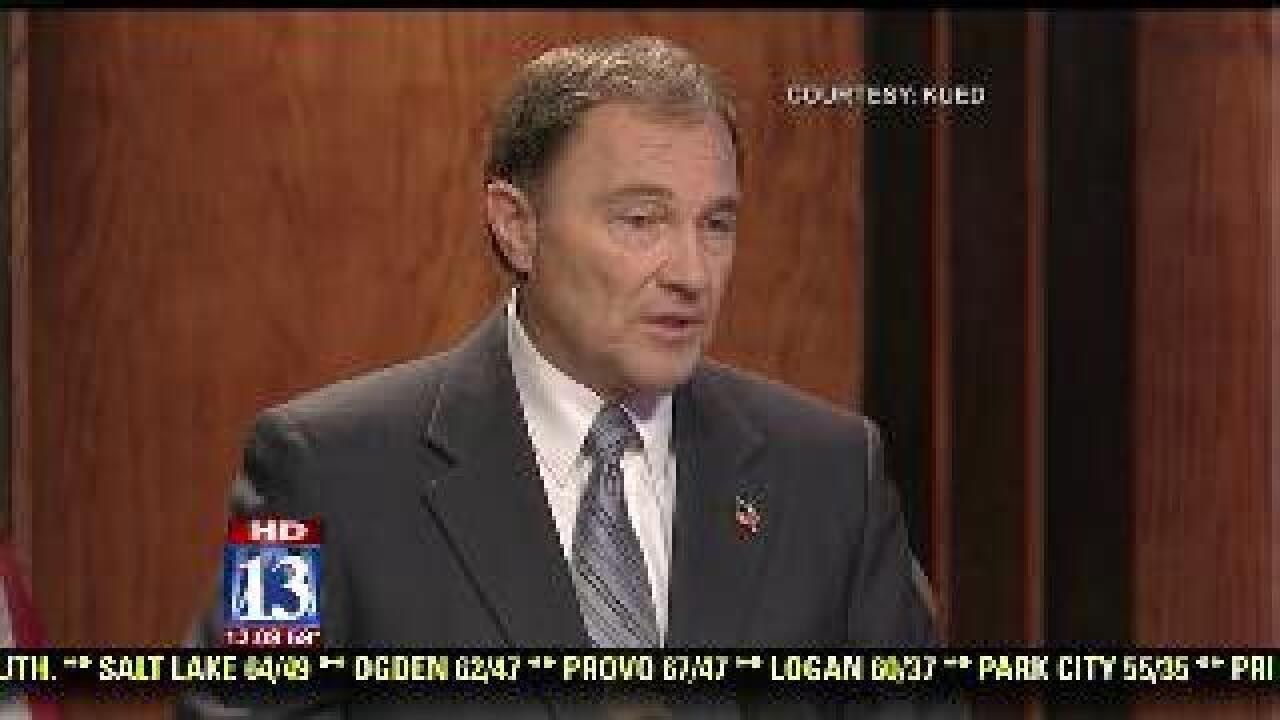 Governor Gary Herbert met with the media on Thursday morning for his monthly news conference.

A number of topics were discussed, including the number of wildfires in Utah already this season.

"We have had already 125 fires around the state," said Gov. Herbert.  "That's a significant increase from last year.  It is going to cost our budget.  Last year. we spent about $2.2 million on fires.  We are going to have more fires this year, it appears, as we have had dry spring and looks like we are headed for a dry summer."

The governor has been faced with a number of controversies in different state agencies.  His opponents in the upcoming election are quick to point them out and appear eager to assign blame to the governor.

"We're doing a lot of wonderful things not only in education, economically, energy development, things we're doing with our public lands issues, our transportation, our building of our roads," said Gov. Herbert in response.  "We've got a lot of successes out there and I would tout the accomplishments and successes of why I deserve re-election."

Watch the videos on this post to see more about the topics discussed in the press conference.