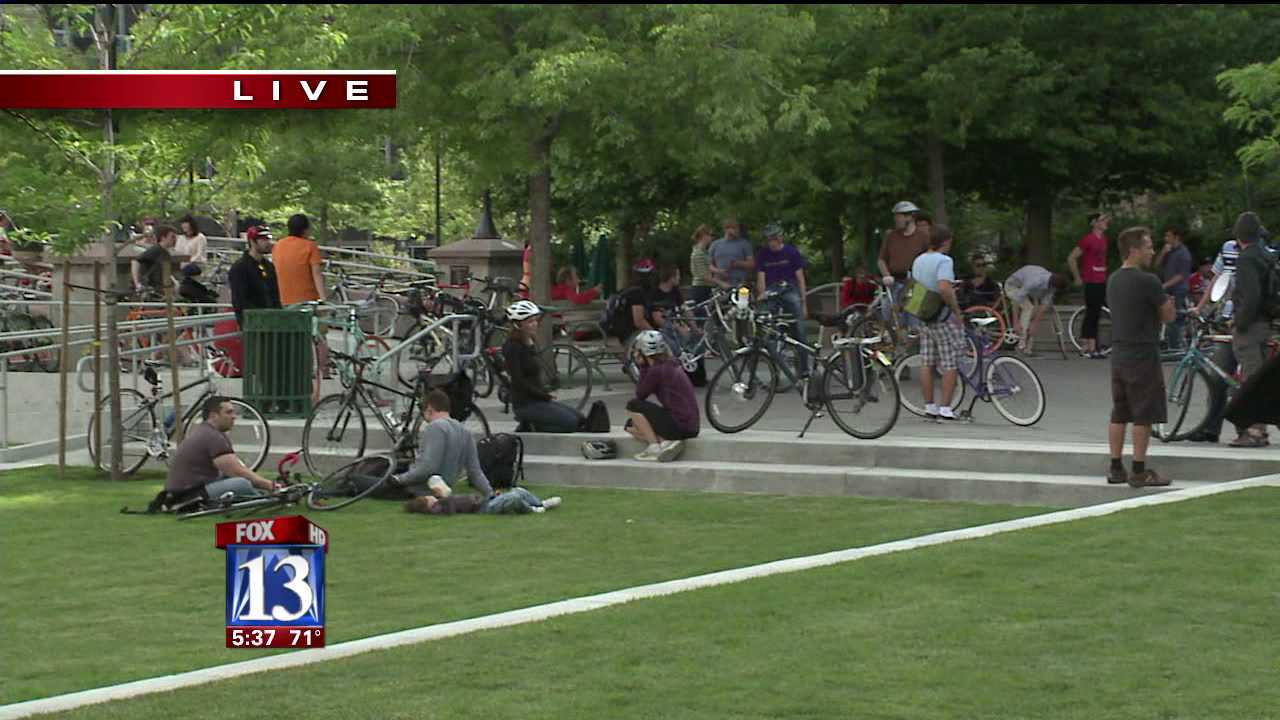 SALT LAKE CITY -- As many as 500 bicyclists will ride through Salt Lake City to bring awareness to bicycle safety for an event called "Critical Mass."

A Critical Mass event is a loosely organized event where bicyclists gather to ride en mass through their city. It occurs in cities across the world, usually on a Friday of every month. And on Friday, bicyclists will take to the streets of Salt Lake City to bring awareness to safety among bicyclists and motorists.

"In the past Critical Masses have been more like a protest -- bikes against cars -- but really we're not going to make any progress unless we all work together," says Critical Mass organizer Tom Millar.

MIllar says it will be a perfectly legal event with bicyclists obeying the traffic laws to "bring awareness to both bicyclists and motorists that we're a legitimate form of transportation on the road and that we can be courteous and respectful at the same time."