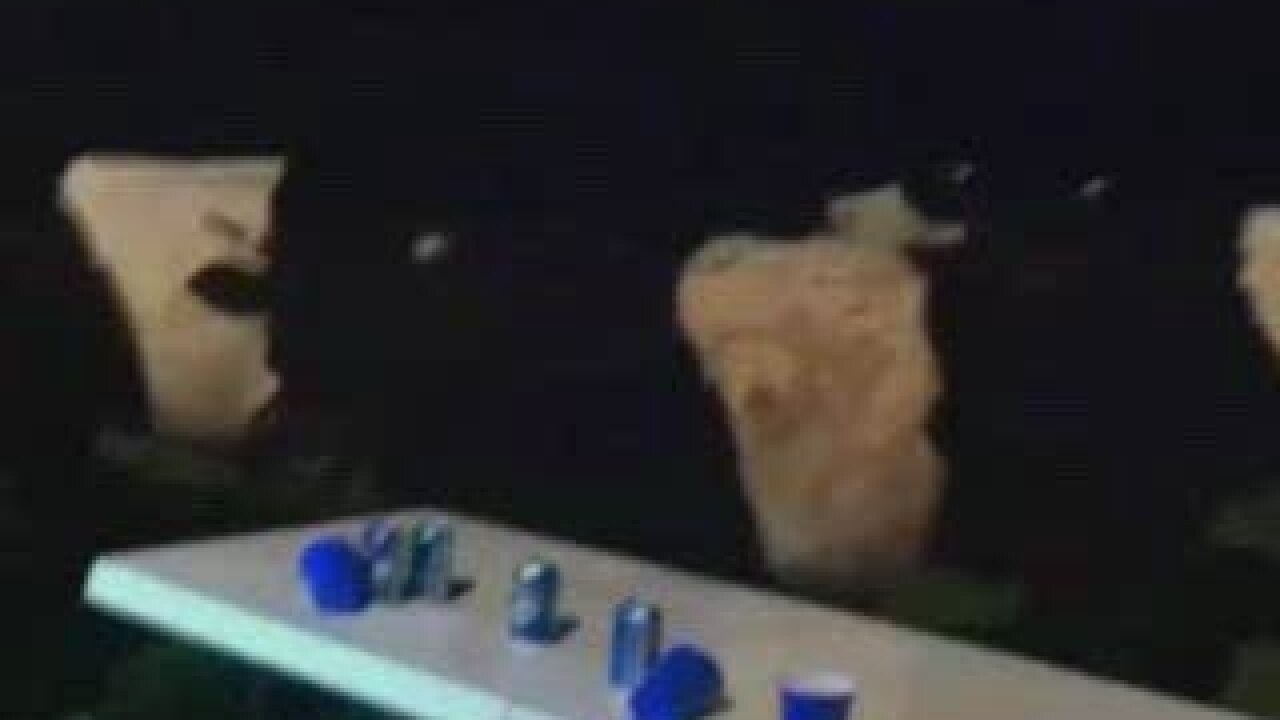 A group of party-crashing cows were caught on tape having some beers in Massachusetts.

Six cows got loose and wandered the streets of Boxford, Mass., before heading to a backyard party where about a half-dozen recent college grads were enjoying some alcoholic beverages.

The cattle wandered in and helped themselves to a few rounds of beer before neighbors called 911. Police helped the cows' owners herd them back home where an electric fence will be going up soon.

A pair of would-be thieves tried to break into a Delray Beach, Florida, home, but were unable to get through the hurricane glass, which is a good thing because the family dog provided no challenge.

While the intruders were trying to get into the house, one of them befriended the family dog, petting him on the head and scratching him on the belly.

The thieves were able to get away, but police hope surveillance footage can help identify them.

The impact of the crash sent boxes of ice cream spilling and melting all over the highway.

The accident backed up traffic near downtown Memphis for more than an hour. The driver of the truck was hospitalized.