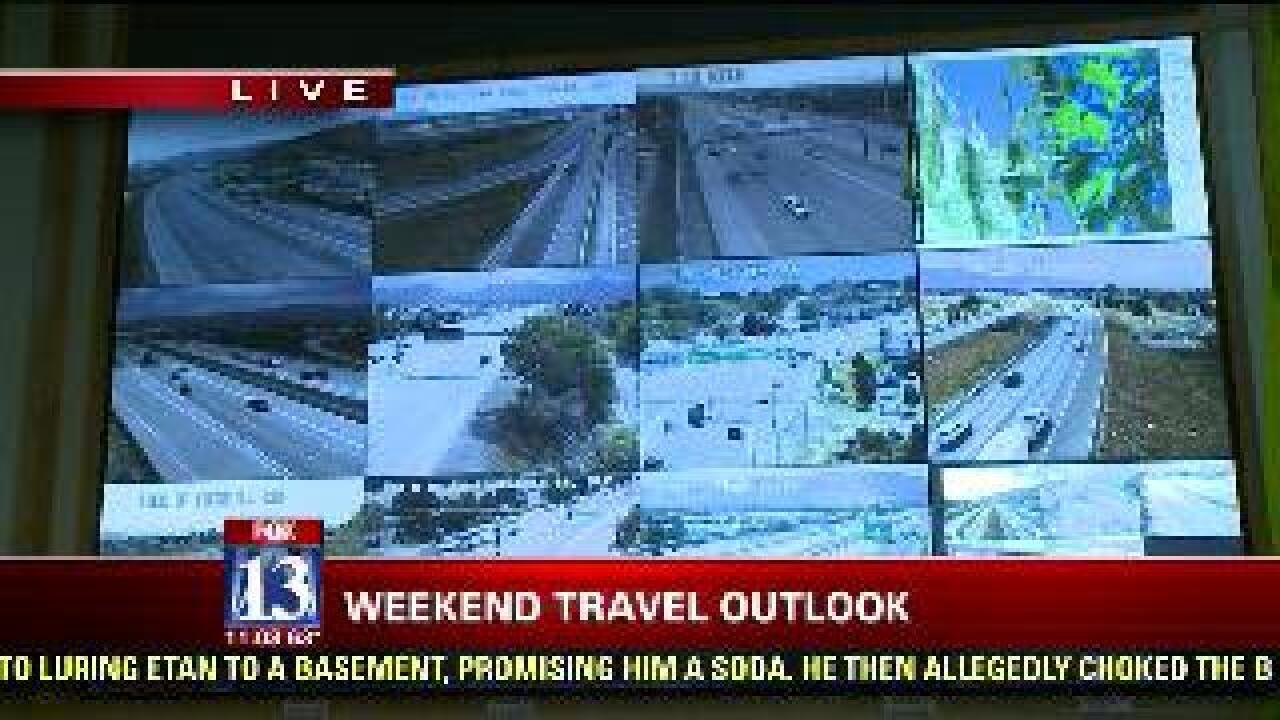 Utahns are getting ready for a big holiday weekend and some storms and traffic issues could be ahead.

UDOT is expecting high volumes of traffic at both ends of the state.  With traffic fatalities on the rise, they want to make sure the roads are safe, especially when people are driving through work zones.  So far this year, two people have been killed in crashes in construction areas.

According to AAA, 31 million people are expected to drive to their holiday destination.  They will go about 50 miles on average, travel experts say.

UDOT has 700 cameras across the state tracking traffic conditions, seeing how the flow of traffic is going.

Adan Carillo, UDOT spokesman, said they are not expecting many trouble spots.

"Most of our construction zones, even though they will remain in place, some of these restrictions, and barrels, and lower speed limits will remain in place, most of our workers will actually be with their families and enjoying the weekend as well," said Carillo.  "So we do not expect a whole lot of impacts, but we do expect people to still buckle up, reduce their speed limits and be courteous to everyone, especially as they leave the city to their vacation."

Carillo said UDOT recommends leaving before 3 p.m. on Friday and returning after 7 p.m. on Monday to avoid the peak times of possible congestion.

[Watch the video posted at the top for more tips.]

Utah Highway Patrol also said they will be increasing their presence on the roads this weekend.