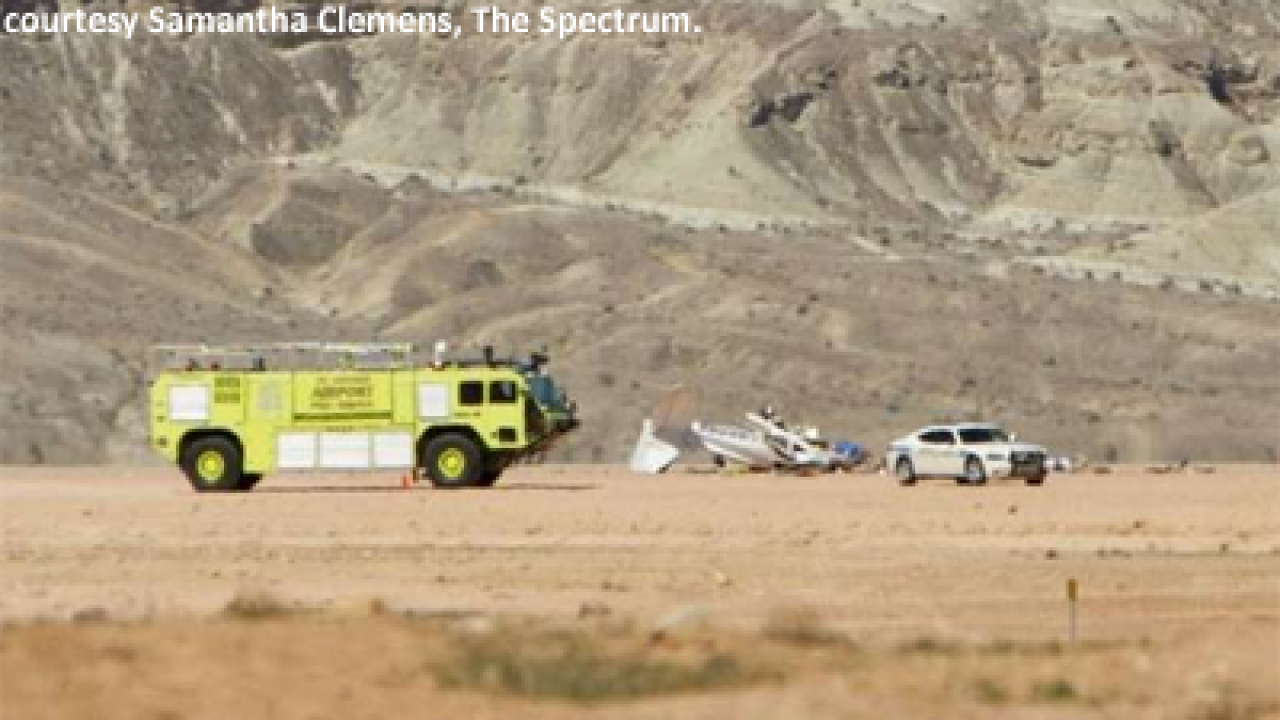 The wreckage of a single-engine Cessna 172 plane was found about 300 feet from the runway of the St. George Airport at around 6 a.m. Saturday when airport security conducted their daily patrol of the perimeter of the airport.

"There was no fire reported. It was basically upside down, laying on a dirt surface 300 feet south of the runway," said Marc Mortensen, St. George Assistant to the City Manager.

Initial investigation placed the crash at about 1:30 a.m., Mortensen said.

Security footage shows the plane flying very low through the length of the runway, then sharply rising and plummeting to the ground, killing all four men on impact.

The crash was apparently so violent, it was initially difficult to figure out how many people were involved in the crash. Identification of the four victims lasted into Saturday afternoon.

"We have now positively identified all of the victims in the crash and officers - particularly the chief and chaplain - are meeting with the families to discuss what occurred," said Mortensen on Saturday.

The identities of the victims were released Sunday morning. They are Colby Hafen, 28, of Santa Clara; Tanner Holt, 23, of Washington and Georgia; Alex Metzger, 22, of St. George; and Christopher Jordan Chapman, 20, of Santa Clara.

Lori Chapman, Jordan's aunt, says her nephew was at her home until 11 p.m. Friday and there was no mention of a plane trip, so it may have been a spontaneous plan. They aren't sure where the four were planning to fly.

"They were here until about 11 the night before and they have no idea what he was doing there and we were not aware he was going for a plane ride," she said.

Investigators from the Federal Aviation Administration and National Transportation Safety Board are in St. George to conduct an investigation. NTSB investigators will be looking at whether the plane malfunctioned or if there were problems with the weather.

The NTSB is asking any possible witnesses to contact them at zoe.keliher@ntsb.gov.

There will be a preliminary idea of the cause within a week and a complete report in six to eight months.