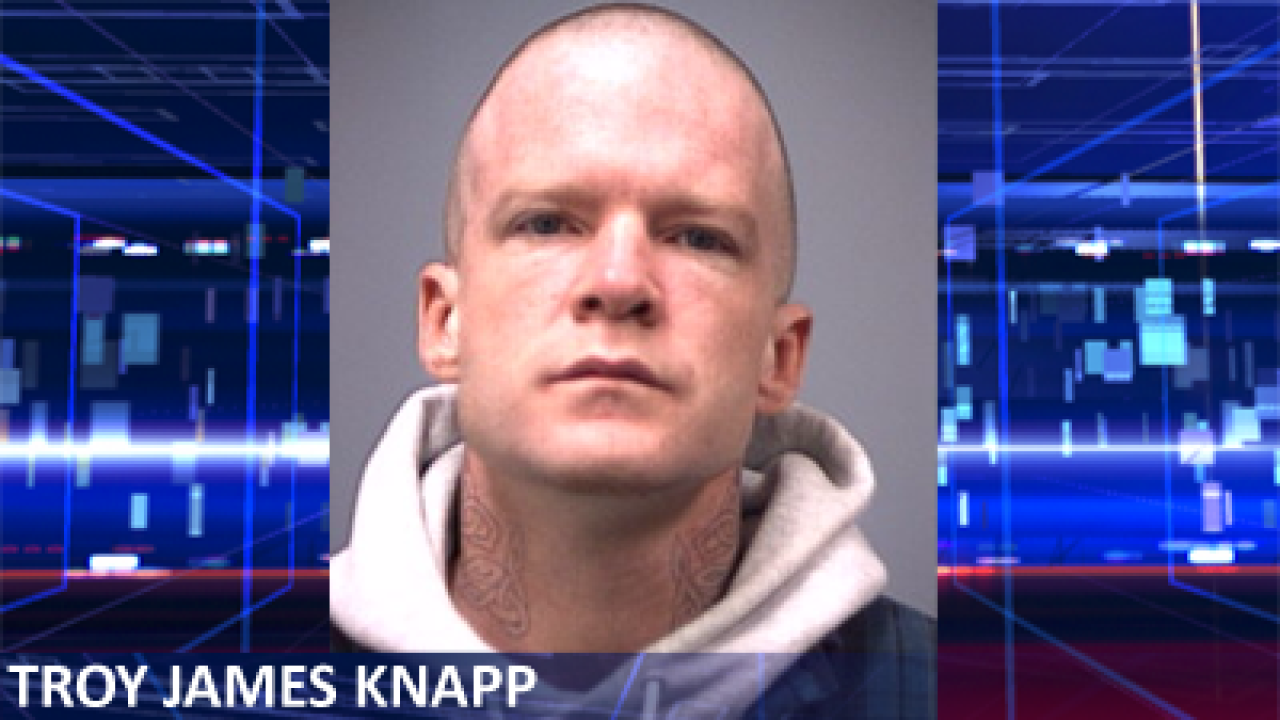 UTAH - Owners opening their cabins in central and southern Utah for the summer season are coming armed and on the lookout for a survivalist dubbed the 'Mountain Man Bandit'.

The 'mountain man', who police have identified as 44-year-old Troy James Knapp, is the suspect in dozens of cabin burglaries in the last five years. The ex-con has been formally charged with two cabin burglaries in Kane County, plus a weapons violation.

A task force made up of sheriff's deputies from five counties, working with US Marshals, have spent hundreds of hours investigating the case. Even though Knapp remains at-large, police believe they are close to capturing him.

But police are concerned that many owners are returning to their cabins armed and paranoid about Knapp.

"We know enough about him now to know kind of his habits and we don't think he's going to force a confrontation. We want to be able to bring this to an end without any bloodshed or violence," said Iron County Sheriff Mark Gower.

Gower says that cabin owners should just get out and enjoy themselves. Be cautious and alert, but don't be afraid.

Investigators believe Knapp has raided at least four more cabins this year, including one within the last week in Iron County. Mel Clark believes Knapp spent at least 3 days in his cabin last month.

"He even took time to make popcorn, had a fire going all the time and made a sloppy mess. People have made him a folklore hero, a mountain man. He's not a mountain man, he's a bum," said Clark. "Because he makes me very nervous and I feel very violated that he was in my house."

Arvil Rhinehart has a cabin near Clark, where he lives full-time, and says he's frustrated that after five years, police still haven't caught Knapp.

"Here's a snowshoe, imagine two of them together," said Rhinehart. "Mr. McGoo could follow that, why can't they track this guy down?"

Police have heard the criticism, but they want to reassure the public that they're doing all they can to catch Knapp.

"Each of our counties have dedicated personel solely to work on this project, this case, until it comes to a conclusion," said Gower. "There's a lot going on behind the scenes, lots of plans."

Gower admitted that it isn't easy to catch a man who doesn't want to be found, especially a man with extensive outdoor skills and intimate knowledge of Utah's rugged backcountry.

"In this five-county area, he knows this mountain better than I think anyone else knows it, how to traverse it, navigate it, better than anyone I've seen," said Gower.

Officers say that if you see anything suspicious or have your cabin vandalized, call police as quickly as possible.