ST. GEORGE - A community is mourning after four men were killed in a plane crash at the St. George Airport early Saturday morning.

28-year-old Colby Hafen, of Santa Clara, 23-year-old Tanner Holt, of Washington and Georgia, 22-year-old Alex Metzger of St. George and 20-year-old Jordan Chapman of Santa Clara were on board a single-engine aircraft when it crashed just after takeoff at the St. George Airport, killing all four instantly.

Family and friends describe the four men as well-respected and well-liked in the community.

"'All the young men were very well-respected in the community and darling young men. It's left a real void to have these four deaths," said Lori Chapman, Jordan Chapman's aunt.

Colby Hafen was outgoing and loved the outdoors.

"He was a best friend to everyone he came into contact with and we all feel like he was special to us," said Kelly Young, Hafen's friend.

City officials haven't identified which of the four men piloted the plane, but friends say it was likely Tanner Holt, who was an experienced pilot.

"It wasn't the first time he had done something like that," said Young. "It was a routine flight so that's what confuses most of us, what really happened?"

Mark Mortensen, St. George Assistant to the City Manager, says that the community is in mourning this weekend.

"I know this is a holiday weekend but it's playing out differently for a number of people, friends and family, in this community this weekend," said Mortensen.

Lori Chapman says her nephew was at her home until 11 p.m. Friday and there was no mention of a plane trip, so it may have been a spontaneous plan.

The National Transportation Safety Board has been on scene and are working to figure out what went wrong with the plane. They're asking any potential witnesses to contact them at zoe.keliher@ntsb.gov. 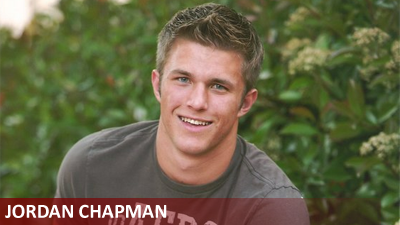