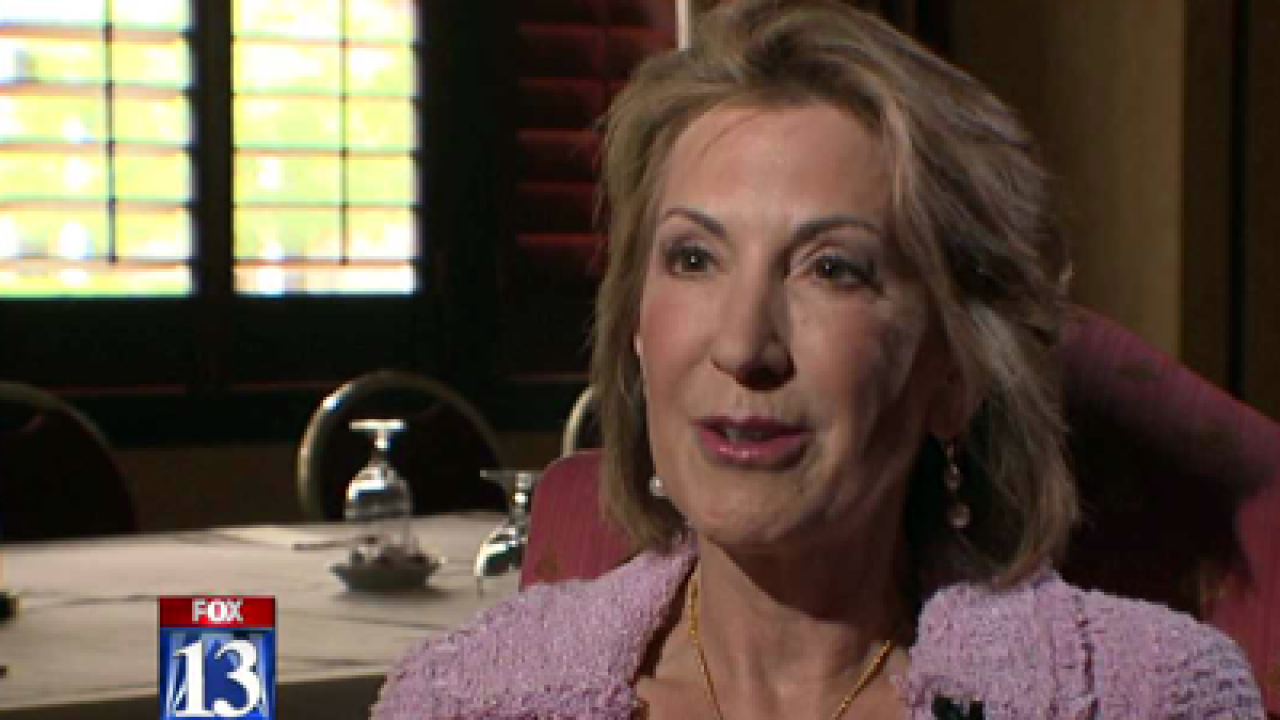 SALT LAKE CITY - The first woman to lead one of the nation's 20 biggest companies was in Utah earlier this week. She sat down with FOX 13 to talk Utah, the economy and politics.

Carly Fiorina served as CEO and chairman of Hewlett Packard until 2005. She then began a career in politics, first advising GOP presidential candidate John McCain in 2008 then running her own high-profile race for a California seat in the US Senate, ultimately losing to Democratic incumbent Senator Barbara Boxer. She now raises money for Republican candidates.

Zions Bank invited Fiorina to Utah to talk about the United States staying competitive in the global economy. She talked about the importance of innovation, something she says Utah is succeeding at.

"I really think Utah as a state, and the United States as a nation, really needs to double down on a focus on innovation and entrepreneurship," said Fiorina. "You're getting a lot of businesses from California coming into Utah because this is a state that is trying to reward entrepreneurship and innovation."

Fiorina says lowering tax rates and simplifying tax codes are important to keeping the US competitive in international business.

"Lowering tax rates, vastly simplifying the tax code, beginning to roll back the regulatory thicket that we have put in place undermining the entrepreneurial spirit in this country," she said.

In 2008, John McCain reportedly considered Fiorina as a potential vice-presidential candidate before he ultimately chose Sarah Palin. As for the 2012 election, she won't speculate on potential candidates, but urges voters to get involved in the races.

"I'm gonna stay out of the speculation of who's a vice-presidential pick for Romney. I will just say I think this is going to be a very close election and I would encourage people to get engaged," she said.