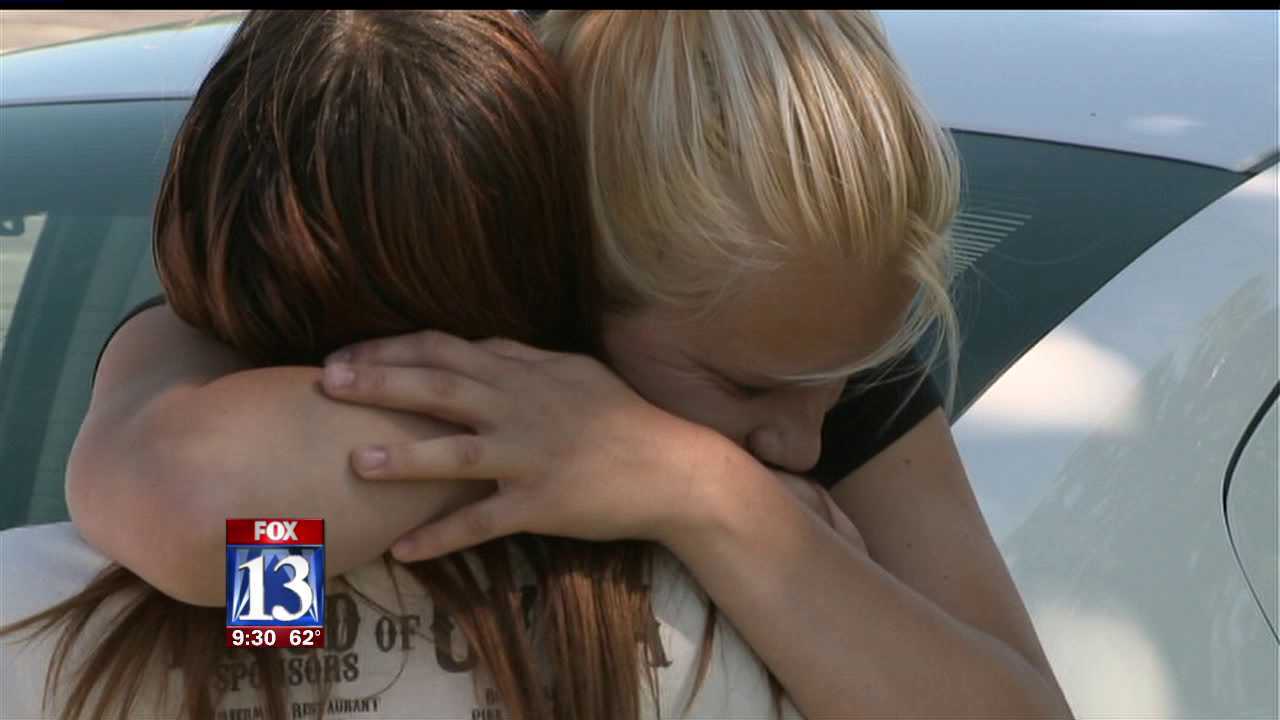 WEST HAVEN, Utah -- Even though school is over for Fremont High students, news of Cameron Charlton’s death spread fast among classmates over Facebook.

Police say the shooting was accidental after Cameron’s brother Eric pulled out a handgun that somehow discharged and killed the 17-year-old. The brothers were at Yuba State Park drinking around a campfire when the shooting occurred early Monday morning.  Now many of Cameron’s friends are coming together to reflect on the life of a teen who had just wrapped up his junior year.

Sierra Schlager was in the same class as Cameron. She says the two texted each other just hours before he was shot.

“It’s hard to grasp. He was everyone’s friend,” said Schlager. "I'm so sad he had to go like this."

Classmate Garrett Anderson visited Memorial Gardens Cemetery in South Ogden to remember his grandmother who passed away. He was also thinking about his high school friend he lost too soon.

"It's hard to wrap your head around everything," said Anderson. “Everyone’s really close to him. He’s got a lot of friends."

Several of Cameron’s friends say he and his brother were very close. Some expressed concern for the deceased teen's family, especially his 27-year-old brother, a marine who was on leave for the holiday weekend.

“Cameron talked about this brother all the time. I know he's a good guy.  He's serving our country,” said Schlager.

Anderson says he worries about Cameron’s brother who had been deployed to Afghanistan.

“'He just came back from the Marines and that's a hard life over there in Afghanistan and for him to come back and be around his family and he has to deal with this and they're keeping him locked up, I don't think that's right,” said Anderson.

Anderson had since posted bail and it out of the Juab County Jail.

More than 50 students came together in West Haven for a private candlelight vigil and bonfire to pray for Cameron Charlton and his family.