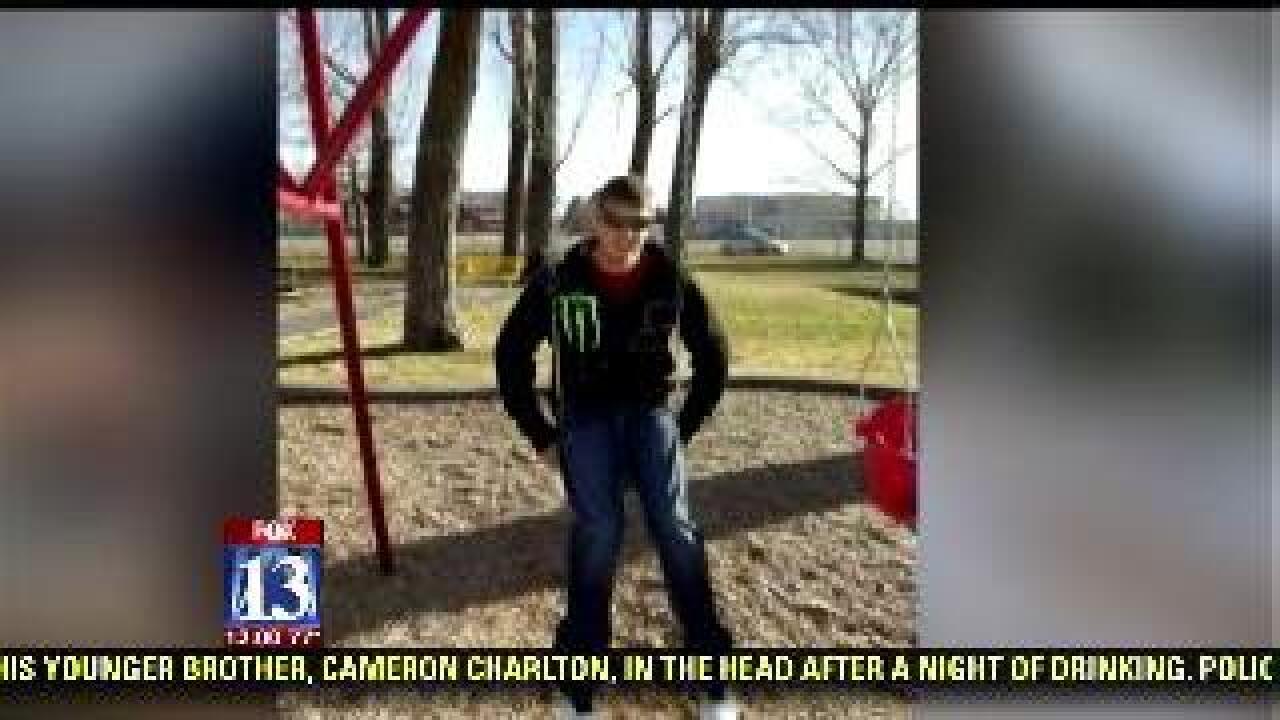 Cameron Charlton was with his brother Eric when he was shot some time between 2 and 3 a.m. at the Oasis Campground. Cameron sustained a gunshot wound to the head and the incident is being investigated as a homicide.

Juab County Sheriff Alden Orme said the brothers were sitting around a campfire with a third individual when the shooting occurred.

A probably cause statement released Tuesday said the brothers were talking about trust when Eric picked up the gun and swung it toward Cameron and it went off.

A witness says Eric was tried to stop the bleeding and gave mouth to mouth to try to save his brother.  He also yelled to call 911, according to the witness.

"Any time that you have a firearm and alcohol involved is a recipe for disaster," Orme said.

Orme says the incident appears accidental, but they are not sure until detectives complete their investigation. He says it did not appear that the brothers were fighting.

"Very tragic. You have a whole family that is traumatized by this. It's a very tragic incident," said Orme.

The county attorney will decide Tuesday if there will be charges filed. Eric Charlton was booked into the Juab County Jail for suspicion of manslaughter. He had posted bail by Monday evening.

Cameron had just finished his junior year at Fremont High School. Eric, a Marine, was on leave for the holiday weekend.