Horse rescued from basement of a Herriman home 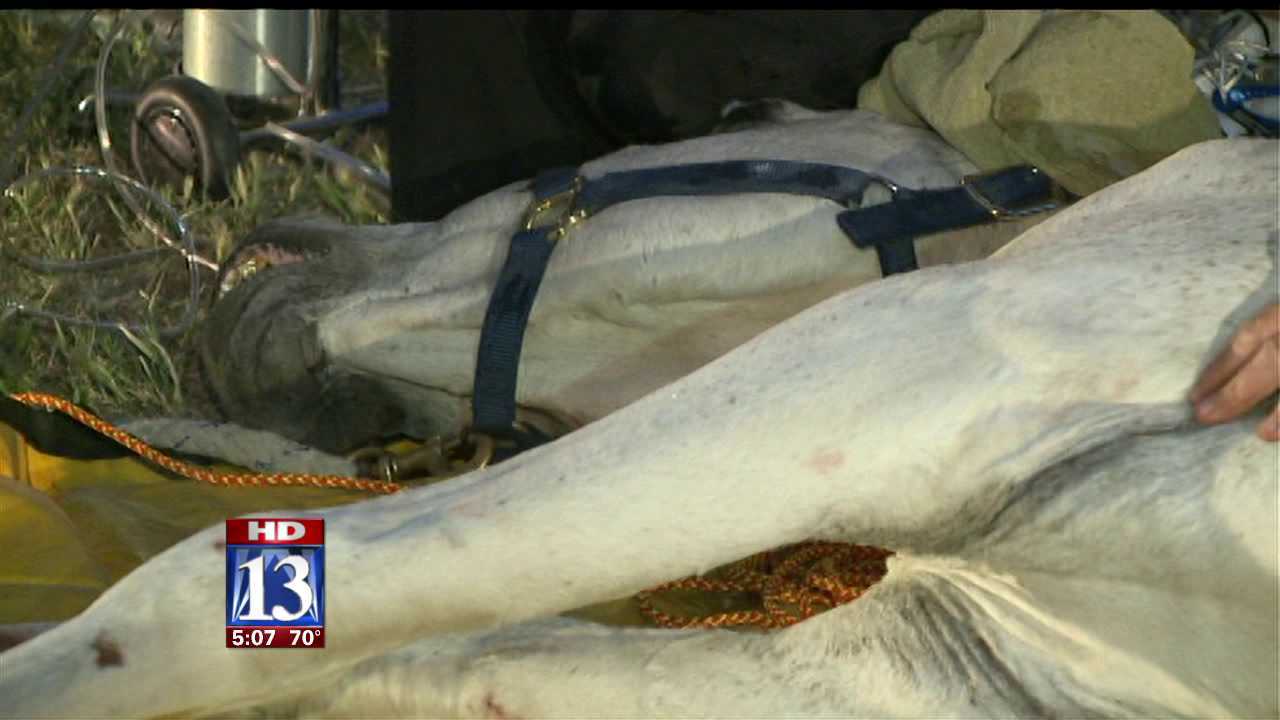 HERRIMAN, Utah -- It was a frightening time for a horse and a Herriman family Sunday night.

At about 7 p.m. a horse fell into a window well and became trapped after it kicked out the residential home's window and entered the basement. When the homeowners were unable to get the horse out, they called the fire department.

After being tranquilized, the subdued horse was removed from an area dug out near the window.

"It's something that you don't see every day and we're fortunate enough to have our companies available that could carry out this rescue so it was a win-win," said Unified Fire Capt. Le Ascarte.

This was the first known rescue of a large animal outside of a home for the Unified Fire Rescue Team.