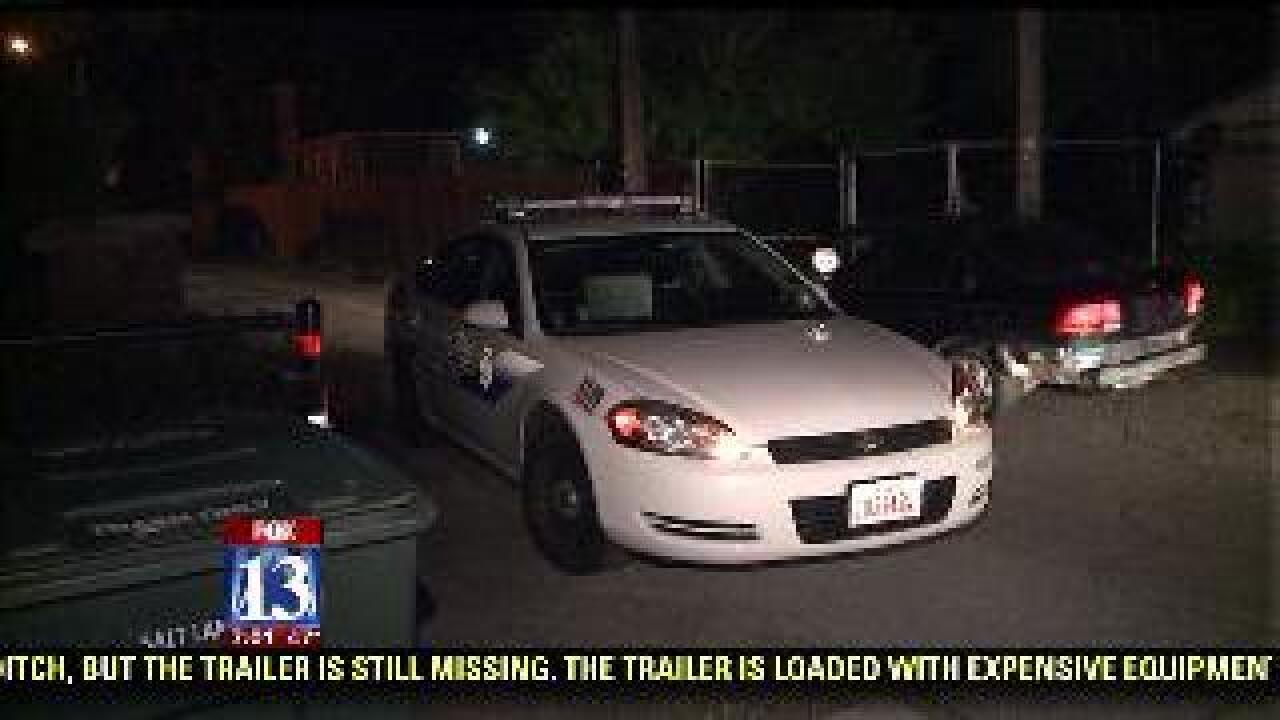 SALT LAKE CITY -- A man was arrested early Monday morning after he allegedly stole a car and led police on a chase through Salt Lake County.

Orlando Joseph Roybal, 39, was taken into custody following the incident. The chase started around 3:30 a.m. near 4100 South and 2100 West. West Valley police tried to stop the car, a stolen green Honda Accord, but the driver refused. The driver led them to Bangerter Highway and eventually to downtown Salt Lake City. Police say Roybal obeyed the speed limit, stopped at red lights and used turn signals throughout the chase.

The suspect swam to an island in the middle of the pond. An officer and a police dog caught up with him. When the suspect refused to surrender, the K9 bit him.

"All in all, you know, we got a stolen car off the road, arrested a bad guy and gave the owner back his car, so it was successful," said Sgt. Steve O'Camb of the West Valley City Police Department.

Roybal was taken to a nearby hospital for treatment of his injuries, then booked into the Salt Lake County Metro Jail. Police say a female passenger was most likely an unwilling participant. She was questioned and released.