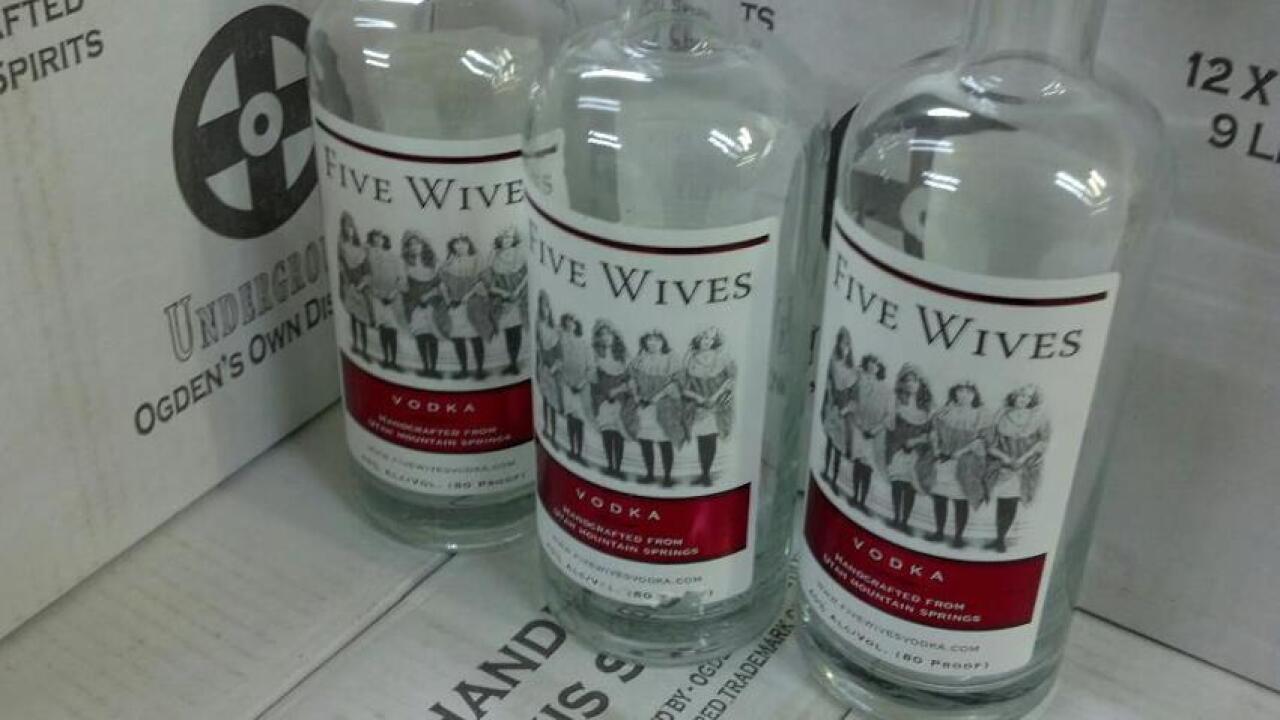 OGDEN -- Idaho's liquor authority has refused to allow Ogden's Own Distillery's "Five Wives Vodka" to be sold on its store shelves, deeming it "offensive to women and Mormons."

The vodka, which has only been available for 6 months in Utah and Wyoming, was recently rejected by the Idaho State Liquor Division. A letter to the distillery's Idaho distributor outlined the reason why.

"We feel Five Wives Vodka concept is offensive to a prominent segment of our population and will not be carried," wrote Howard Wasserstein, deputy director of the Liquor Division, in a letter published on Ogden's Own Distillery's website.

In an interview with FOX 13 on Tuesday, Idaho State Liquor Division Director Jeff Anderson explained who would be offended.

"We didn't believe the product or the bottle differentiated itself adequately for the listing," he said. "In addition to that, we found the label to be in poor taste and offensive to women and Mormons."

Anderson said the liquor's $21.95 price point did little to differentiate itself from the 106 other vodkas on liquor shelves, but acknowledged that the label -- which depicts five women holding hands and cats peeking out of their skirts -- was "the tiebreaker." He told FOX 13 it was the first time that Idaho has rejected the sale of an alcohol because of the label.

"That's not their call to make," said Steve Conlin, one of the owners of Ogden's Own Distillery. "They're to regulate alcohol, not speech."

The other product distilled by Ogden's Own, the Jagermeister-like "Underground" is currently distributed in Idaho. Conlin said the refusal to list the product has affected specialty orders from bars and sponsorships the company had lined up in the Boise area.

"Hopefully, it comes out in the wash that we are listed in Idaho," Conlin said. "This isn't anything personal, other than we are trying to sell our product where we feel there's a demand."

Conlin told FOX 13 they had been contacted on Tuesday by the Utah Department of Alcoholic Beverage Control, inquiring about the label, but they said nothing beyond that. Ogden's Own also told FOX 13 it was contemplating a lawsuit against Idaho over its refusal to list specifically because of the label.

Coincidentally, Wasatch Brews' "Polygamy Porter" is sold in Idaho. Anderson said the sale of beer and wine is not controlled by the state, only distilled spirits.