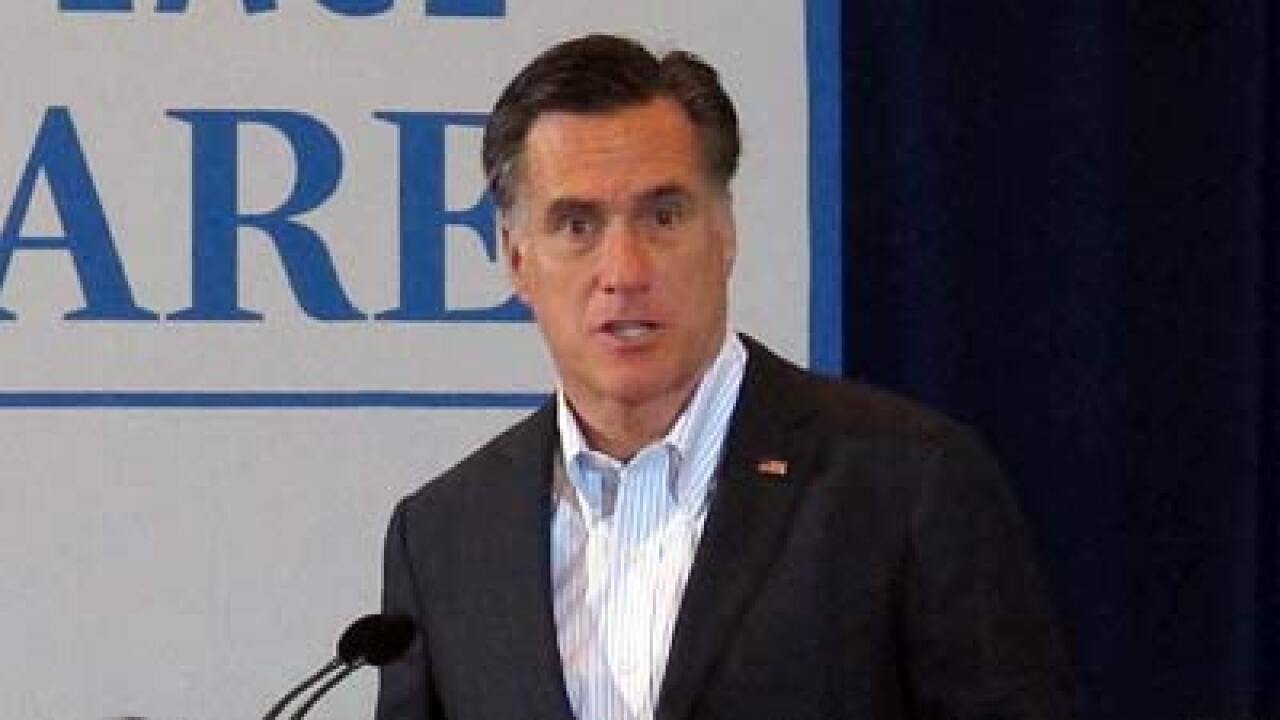 Mitt Romney speaks at a campaign event in Louisiana in March 2012.

By Gregory Wallace
(CNN) — Mitt Romney is expected to hit his party’s “magic number” on Tuesday, unofficially clinching the Republican presidential nomination in a race he entered as the frontrunner and has had to himself for weeks.

Romney led the pack when he announced his second run for the White House last June, and he has watched his rivals for the nomination slowly trickle out as their own wins looked increasingly unlikely.

The delegates necessary to put him over the 1,144 necessary for the GOP nomination are expected to come from Texas, the lone state to vote this week. Romney enters the day 78 delegates away from the magic number, and 152 of the state’s 155 delegates are at stake in Tuesday’s contest.

He has been the presumptive nominee for weeks, but will not be the official party nominee until the Republican National Convention, set to be held the week of August 27th in Tampa, Florida.

Romney launched his campaign on a warm day last June, telling his supporters gathered at a New Hampshire farm that “Barack Obama has failed America.”

“From my first day in office my No. 1 job will be to see that America once again is number one in job creation,” he said.

The battleground and early primary state would play an important role in his campaign. He initially invested more in New Hampshire than the first-in-the-nation caucus state of Iowa, which he eventually lost by a small margin for former Sen. Rick Santorum of Pennsylvania.

New England voters have long been familiar with Romney, even before his 2008 presidential bid. He served as governor of Massachusetts between 2003 and 2007.

Texas figured into this presidential race long before the first votes will be cast on Tuesday. One of the three factors in Santorum’s April decision to end his presidential bid was a decision by Texas republicans not to change their proportional delegate model to a winner-take-all system, which — if he had stayed in and won the state — could have given him a boost and held back Romney’s delegate accumulation.

Two of Romney’s rivals in the once-crowded field are from Texas. Texas Gov. Rick Perry exited the race two days before the mid-January primary in South Carolina after a disappointing fifth-place finish in Iowa and his decision to stop campaigning in the second state to vote, New Hampshire.

Earlier this month, Rep. Ron Paul of Texas said he would no longer actively campaign for the Republican nomination, effectively ending his third run for the Oval Office with 122 delegates.

When Santorum, Paul and others were still in the race, talk of a contested primary swirled and it seemed to some a realistic possibility that Romney might not reach the magic number before the last state votes in June.

Former House speaker Newt Gingrich vowed to push his bid onward to the convention unless Romney were to clinch the nomination earlier. He told reporters in late March that if Romney “does not have a majority [of delegates], I think you’ll then have one of the most interesting, open conventions in American history.” He suspended his bid in early May, and on Tuesday will appear with Romney at a fundraiser in Las Vegas.

The earliest contests weeded out Rep. Michele Bachmann of Minnesota, who won the Iowa straw poll last summer but finished sixth in its January caucuses, and former Utah Gov. Jon Huntsman, who ended his bid prior to the South Carolina vote after falling short in New Hampshire.

Romney previously sought the GOP presidential nomination in 2008. He dropped out after Super Tuesday, which allocated 1,020 delegates from 21 states. The Texas primary in early March of that year gave Sen. John McCain of Arizona the necessary delegates to seal up the GOP nomination.

In his 2008 convention speech, Romney spoke about many of the same themes that are prominent in his campaign this cycle, including a call “to rein in government spending, lower taxes, take a weed wacker to excessive regulation and mandates … pursue every source of energy security, from new efficiencies to renewables, from coal to non-CO2 producing nuclear and for the immediate drilling for more oil off our shores.”

President Barack Obama faced no national competition for the Democratic presidential nomination, and CNN projected he accumulated the 2,778 necessary delegates on April 3rd.