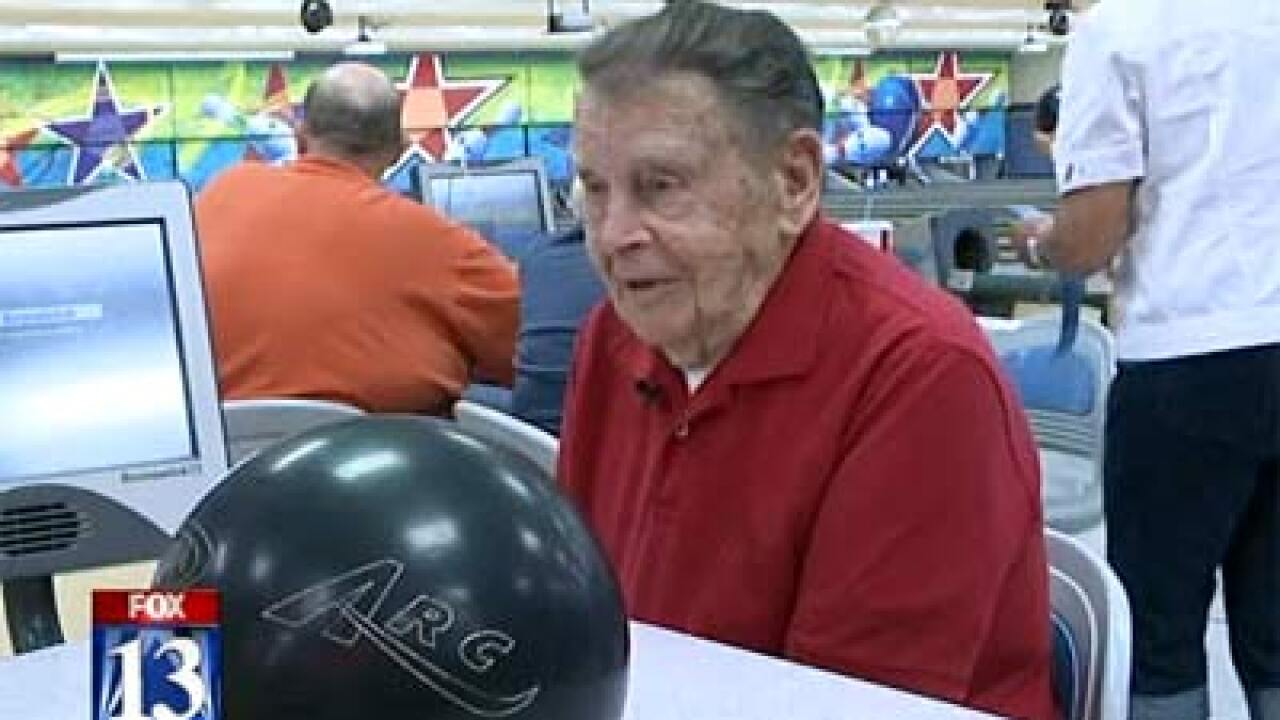 Adam Medill, 96, bowls up to three times a week in Sandy.

Adam Medill hits the bowling alleys in Sandy up to three times a week and, even at nearly 100 years old, he is averaging about 150 points a game.

Owners opening their cabins in central and southern Utah for the summer season are coming armed and on the lookout for a survivalist dubbed the ‘Mountain Man Bandit’.  Police have identified 44-year-old Troy James Knappas the bandit.  He is the suspect in dozens of cabin burglaries in the last five years.

Check out photos from the CONduit 22 Sci-Fi Convention.

A flower placed on every grave in Emery and Carbon County. That was the result of one man’s idea that blossomed to encompass over 40,000 grave sites.