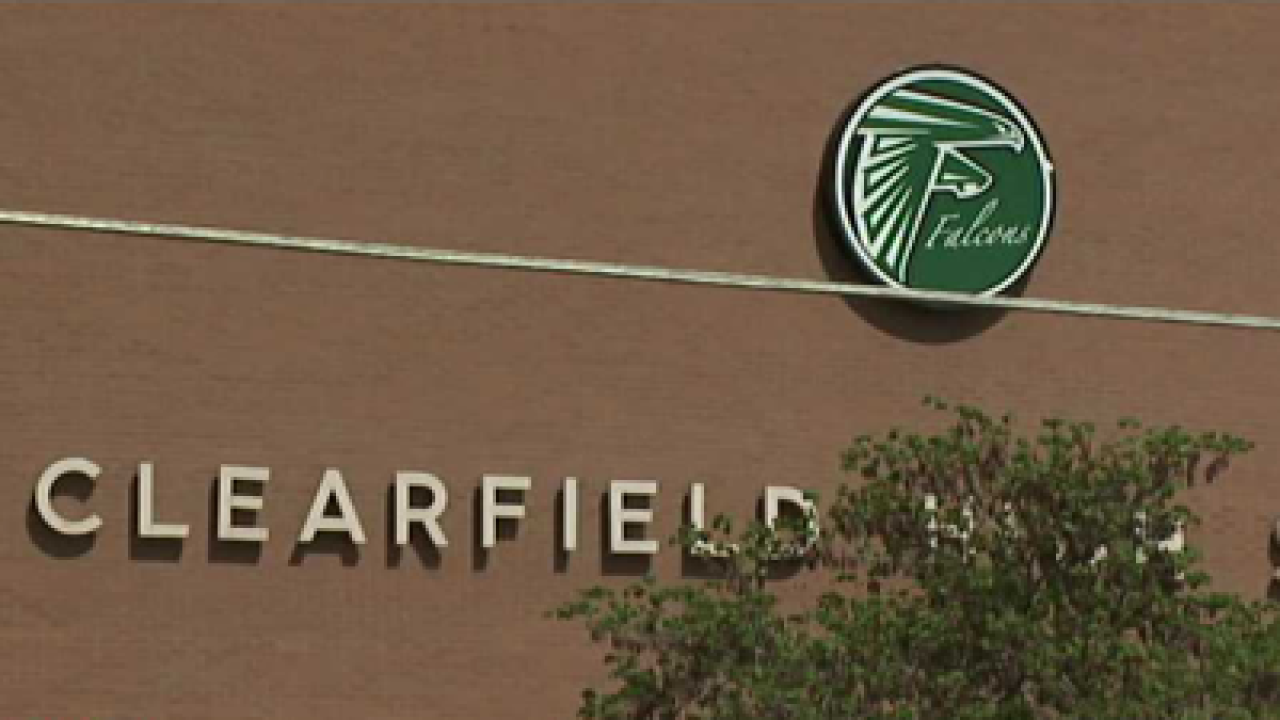 CLEARFIELD, Utah – A Clearfield High School student has been accused of throwing a smoke bomb in the school on Wednesday morning.

The homemade smoke bomb went off at around 10 a.m., causing enough smoke that the fire alarms went off.

Five girls were treated at the scene for minor burns and more than 1,500 students were evacuated for about 30 minutes until fire crews allowed them back in.

Witnesses were able to identify the 17-year-old student who allegedly threw the smoke bomb and the school’s police officer investigated.

“The student had left the school. He contacted the student’s parents. The parents contacted their son, a 17-year-old student, and he did return to the school to talk to the officer about the incident,” said Asst. Chief Mike Stenquist, Clearfield Police Dept.

The boy was taken into custody. Police are expected to file a first-degree felony arson charge for the Davis County Attorney’s Office to consider because the smoke bomb was detonated in an occupied building.