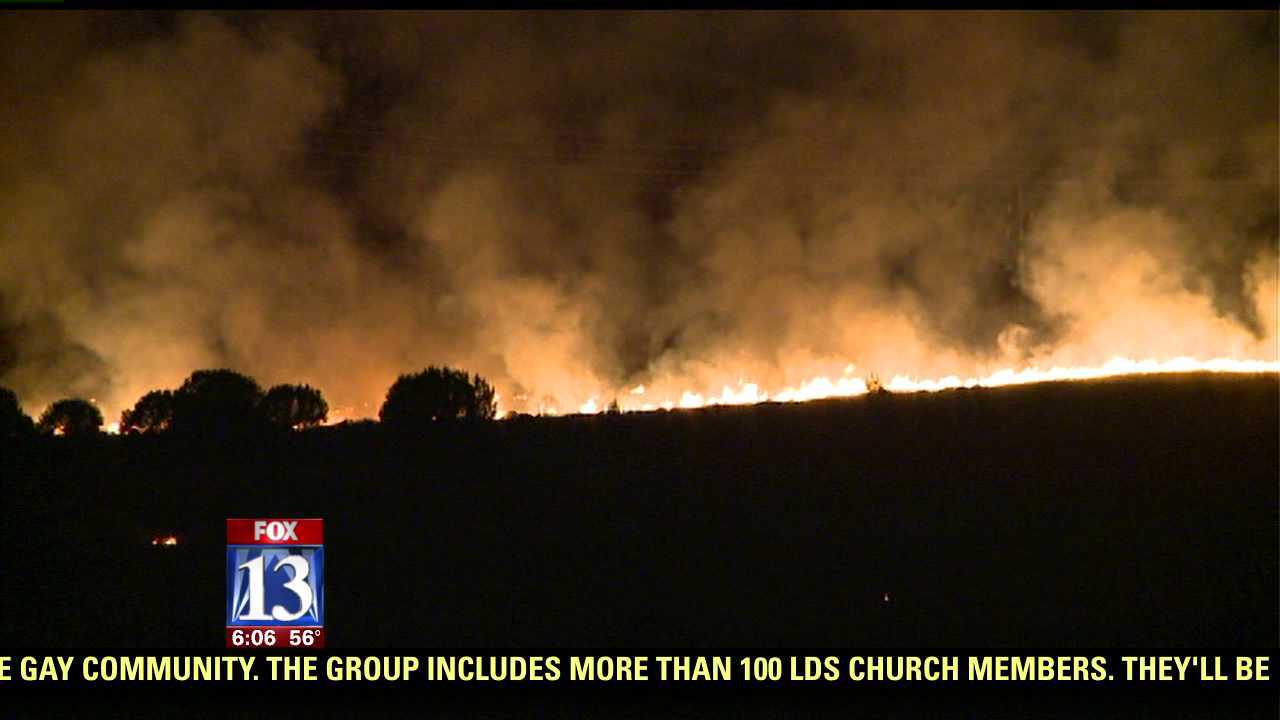 The fire started around 8 p.m. Wednesday on west side of Utah Lake in Utah County and was contained around midnight.

About 500 to 700 acres burned and at least one house was threatened, but crews were able to keep the flames from reaching the home.

Jason Curry from Utah's Division of Forestry, Fire and State Lands said the "Clay Pits Fire" is located at Pelican Point just off of State Road 68, south of Saratoga Springs.

Curry said the bulk of the fire is the result of back-fires started to control the blaze as to keep it from reaching any homes.

The cause of the fire is under investigation, but authorities said it was likely started by a person.

Southbound traffic on Redwood Road (SR 68) at 2200 North was closed temporarily due to poor visibility from the smoke. The road was back open shortly after 10 p.m.