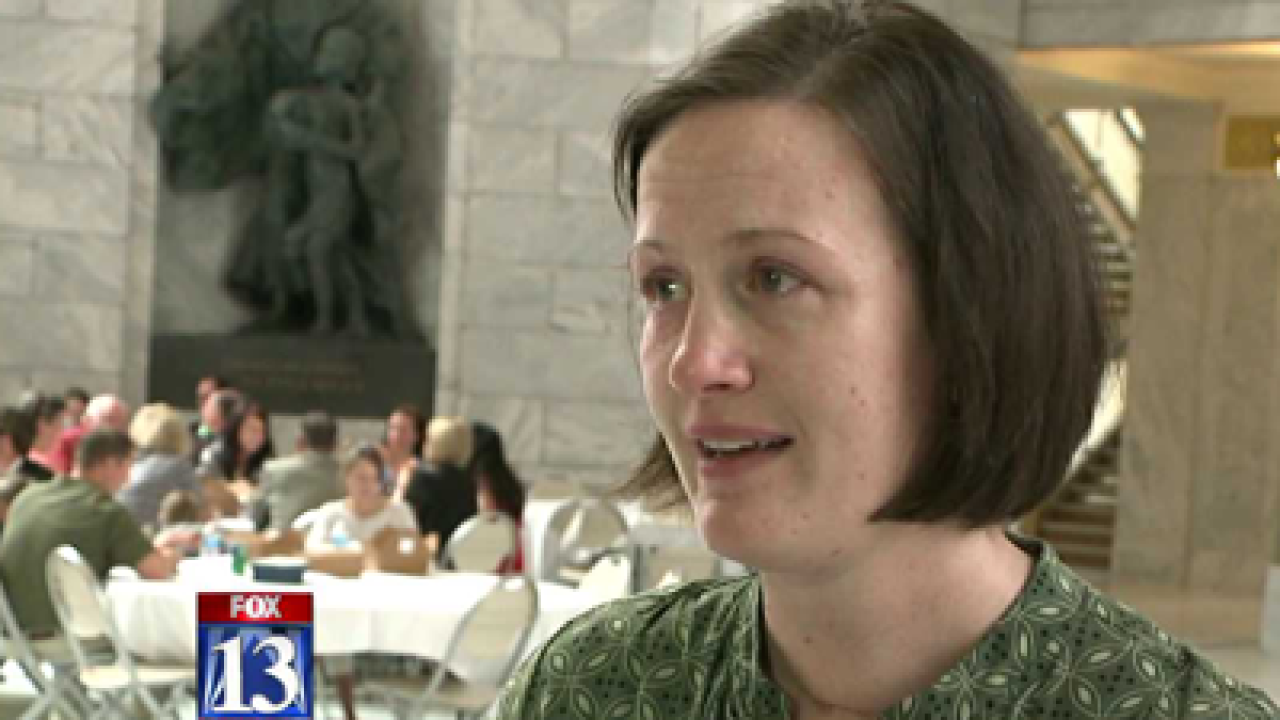 KAYSVILLE - The first responders to a crash where a woman was hit by a FrontRunner train and given a new emergency procedure were honored on Wednesday.

Clara Lewis was driving her van when it was hit by a FrontRunner train in Kaysville last fall, and she says it's a miracle she and her daughters are alive today.

"Divine intervention is the only thing I can explain or think of for why I recovered as well as I have, and I am what I am now," said Lewis.

Lewis' survival is due in part to first responders who used rapid sequence intubation, a special technique where paralytic drugs are used to get a breathing tube into a victim's lungs at the scene of an accident.

Those first responders were honored by Utah Governor Gary Herbert and Utah health officials on Wednesday.

"I appreciate and honor the service that you all render here today and acknowledge that it's kind of an evolution of service we've had from you folks over a number of years," said Herbert.

Lewis is grateful for their help. Without them, she says, she wouldn't have survived to raise her children.

"I can believe 100 percent that the reason I am the way I am now is because of the paralytic," she said. "I get to raise my children and my husband. You can't put a price tag on that. Thank you, thank you from the bottom of my heart."