Driver dead after crash, car fire on I-215 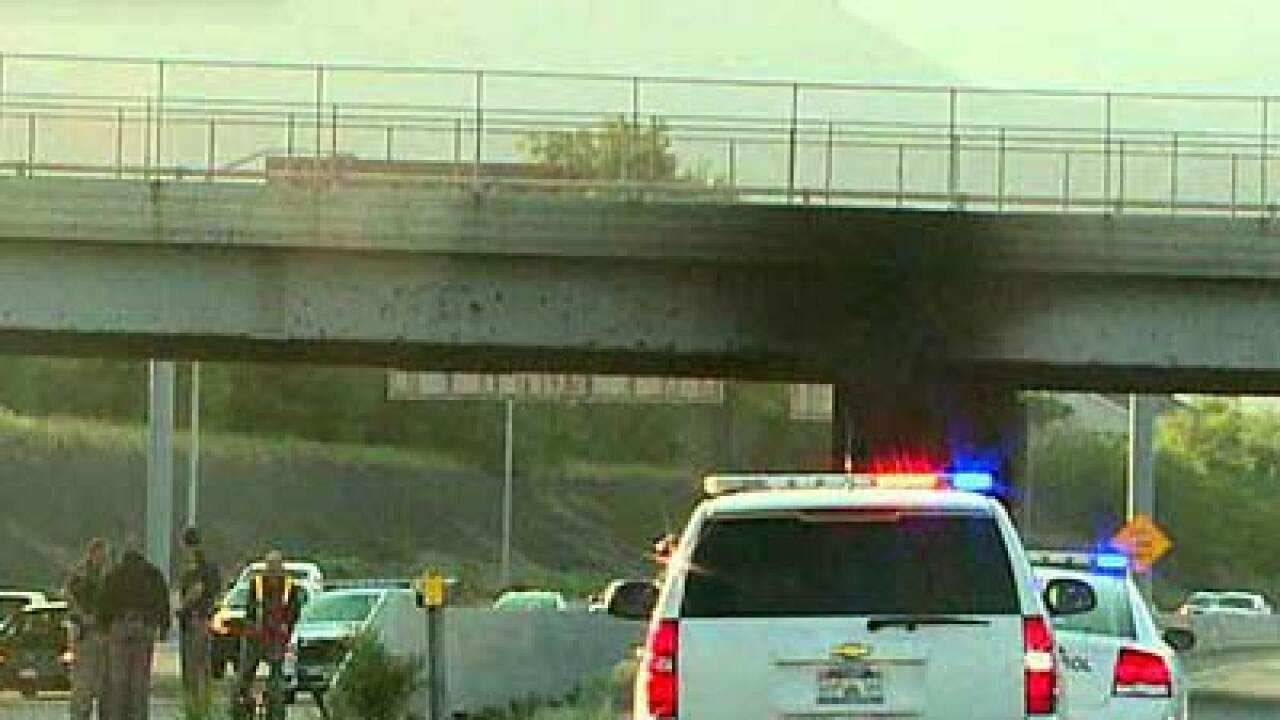 MURRAY, Utah -- A crash on Interstate 215 has claimed the life of a driver on Wednesday morning.

Police said the car slammed into an overpass near 300 West in Murray and caught fire.

The car is registered to a person in Rock Springs, Wyoming.  Police said they believe it was a woman driving the car, but they are not sure of her identity.

Drivers passing by tried to put out the fire, but we unsuccessful.  The car fire was too hot and too high.  Police said the driver died from the impact of the crash, not the fire.

"Just from looking at the seriousness of the impact to the pole and the car and everything else, I would dare say right now that the person died upon impact.  It was a serious impact," said Lt. Mike Loveland, Utah Highway Patrol.

Investigators continue to work at scene and do not know why the car drifted out of the eastbound lane.

"For some unknown reason at this point, [the car] basically made a gradual left-hand, leave the highway maneuver and basically split the k-rail," said Lt. Loveland.

All lanes of traffic around the incident were open at 6 a.m.