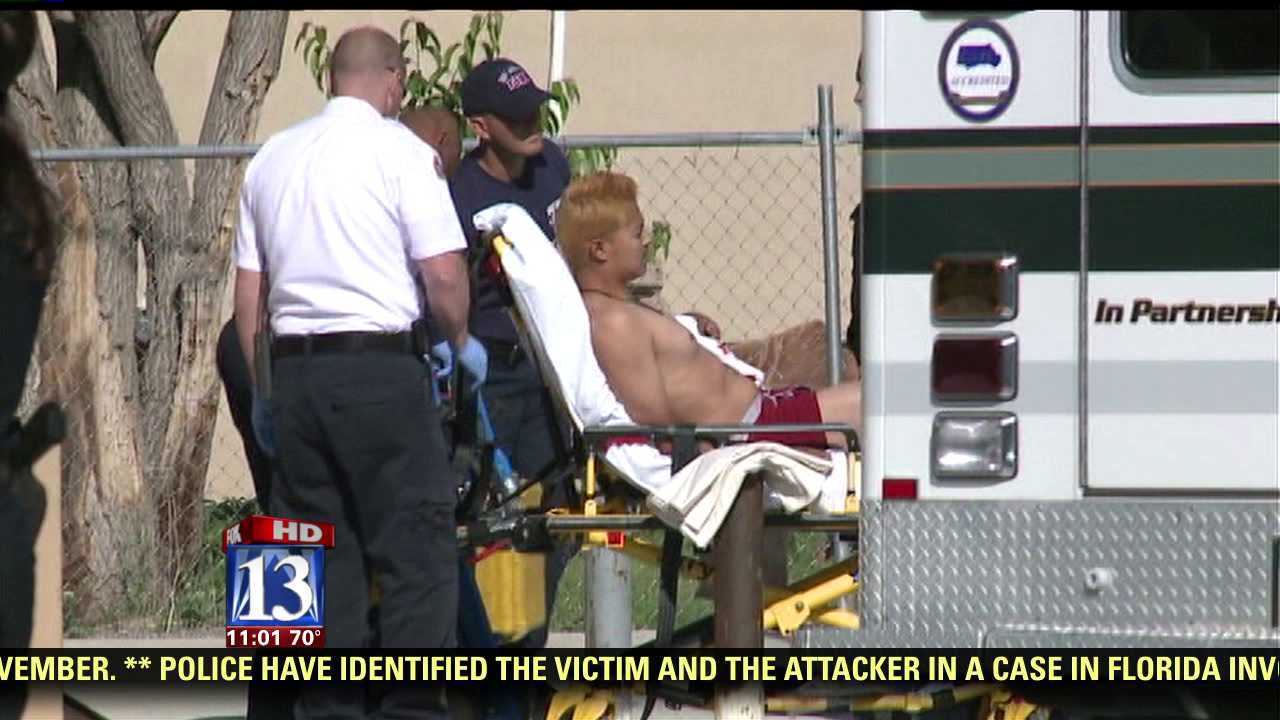 Police are searching for two suspects who allegedly stabbed a man in the Rose Park area on Wednesday.

The victim sustained a stabbing injury to his chest.  Although he is in critical condition, he is able to talk with police.

The incident took place inside a guest room at the Salt City Inn at 1025 North 900 West.

Investigators said they do not know what led to the stabbing.

Officers and K-9 units are searching for the suspects.  Police said the suspects are considered very dangerous and very violent.

A woman in the room with the victim described the first suspect as an Hispanic man 25-30 years old who goes by 'Cesar.' He is bald, with a mole on the right side of his face and he was wearing a white t-shirt, red ski jacket, and dark pants.

The second suspect is described by the woman as an Hispanic man 25-30 years old. He is said to be heavyset with a mustache and was wearing a turquoise shirt and dark pants.