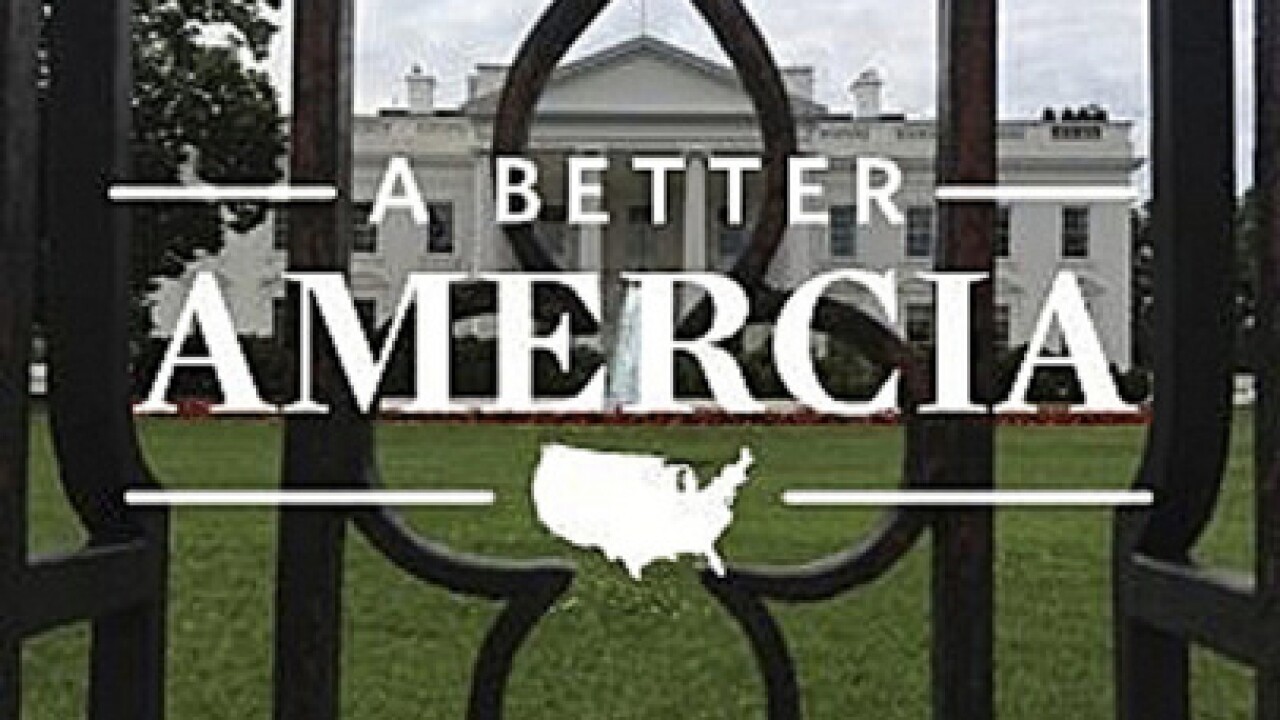 (CNN) — It’s probably not the kind of thing voters will use to choose the leader of the free world.

But the Web was taking no shortage of presidential potshots Wednesday over Republican candidate Mitt Romney’s new mobile app, which embarrassingly misspelled “America.”

“Sorry about the shaking California, that was just the rest of America laughing at Mitt Romney running for Pres. of #Amercia,” wrote a person behind a parody President Obama account on Twitter (referencing a minor earthquake late Tuesday).

The gaffe, presumably by some poor developer hired by the campaign, appears on “With Mitt,” the campaign’s newly released iPhone app. The app invites users to photograph themselves with their choice of 14 pro-Romney slogans such as “I’m a Mom For Mitt,” “Obama Isn’t Working” and “The America We Love,” and then share them on social media.

But one of the slogans reads, “A Better Amercia.” Oops. Somebody didn’t observe the “I-before-C” rule.

The “With Mitt” app was still available in Apple’s App Store on Wednesday morning. The Romney campaign has submitted an update to the app and was waiting for Apple’s approval Wednesday morning. No one with the campaign was speaking on the record about it, but staffers were downplaying its importance in the run-up to November.

Slips of the tongue by political candidates are, of course, not uncommon. In 2008, then-candidate Obama got grief for saying he’d visited “all 57 states.” And Vice President Joe Biden’s free-speaking nature has gotten him no shortage of headlines.

But the Web’s politically minded (many of whom, presumably, don’t consider Romney their top choice), were noting that when a mistake appears in writing, it shows a lack of attention to detail.

“If you’re applying for a job, and you misspell the name of the company you want to work for, you won’t get that job. #Amercia,” wrote a Twitter user.

“#Amercia” was a trending topic (meaning it’s one of the most discussed terms) on Twitter late Tuesday and again Wednesday morning.

The typo has already also inspired its own Tumblr blog, “Amercia Is With Mitt.”

It features photos created with the app and, as of Wednesday morning, included a group of spelling bee champions, Beaker from “The Muppet Show” and Rich Uncle Moneybags, the Monopoly mascot, among its subjects.

And numerous images were popping up on Instagram — one highlight being Bart Simpson having to write the correctly spelled “America” during his iconic chalkboard gag from the intro to “The Simpsons.”

To be honest, the Romney camp is probably more pleased at winning enough delegates in the Texas primaries Tuesday to make him the unofficial GOP nominee than it is worried about a spelling gaffe.

And it’s worth noting that lots of folks who support Romney probably only learned that the app exists because of talk about the typo.