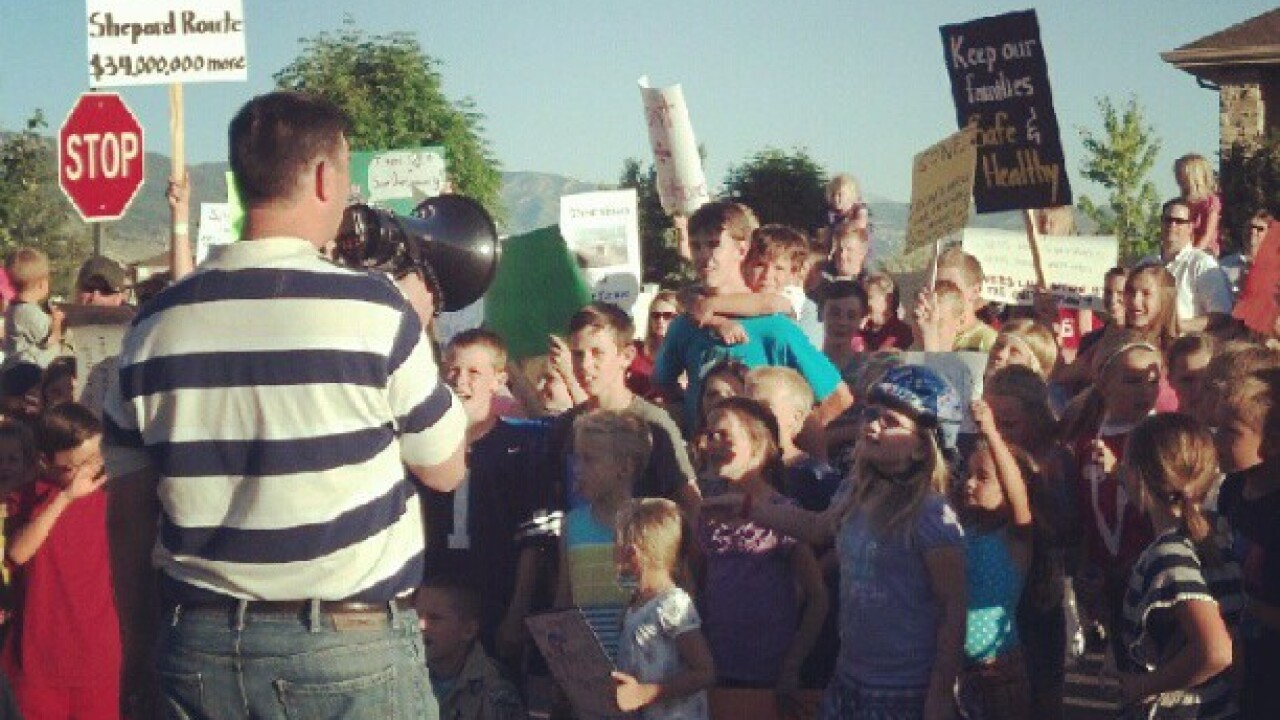 KAYSVILLE, Utah -- About 200 people gathered in their neighborhood to protest a proposed route for the West Davis Corridor.

"It will fundamentally change the character of this neighborhood if this particular route were chosen and we are adamantly opposed to it," Kaysville Mayor Steve Hiatt told FOX 13.

Chanting things like "save millions, go west" and "health and safety first," the group demonstrated against the Utah Department of Transportation's proposed route that would take out more than a dozen homes.

"We don't want a major corridor in our backyard to ruin our beautiful city and our neighborhoods," said Christine Peck, who organized the protest.

The West Davis Corridor is an extension of the Legacy Parkway going into Weber County. UDOT is considering a pair of routes, one beginning near Shepard Lane in Kaysville, and another in Glover Lane in Farmington.

Peck and her neighbors said they would prefer the road not be built at all, but if it is -- they would rather it be built by Glover Lane. They are not alone. To the north in Syracuse, farmers have protested plans for the corridor which they claim would slice through their livelihoods.

"The Glover Lane alternative has impacts to farmlands as well as wetlands, some conservation easements in the area," said Randall Jefferies, UDOT's project manager for the West Davis Corridor. "Some of that open space and the wetlands. So it is a very difficult decision."

UDOT said no decision will be made until 2013. In the meantime, the agency is accepting comment on the West Davis Corridor routes.

FOX 13 will have an update coming up on News at Nine.