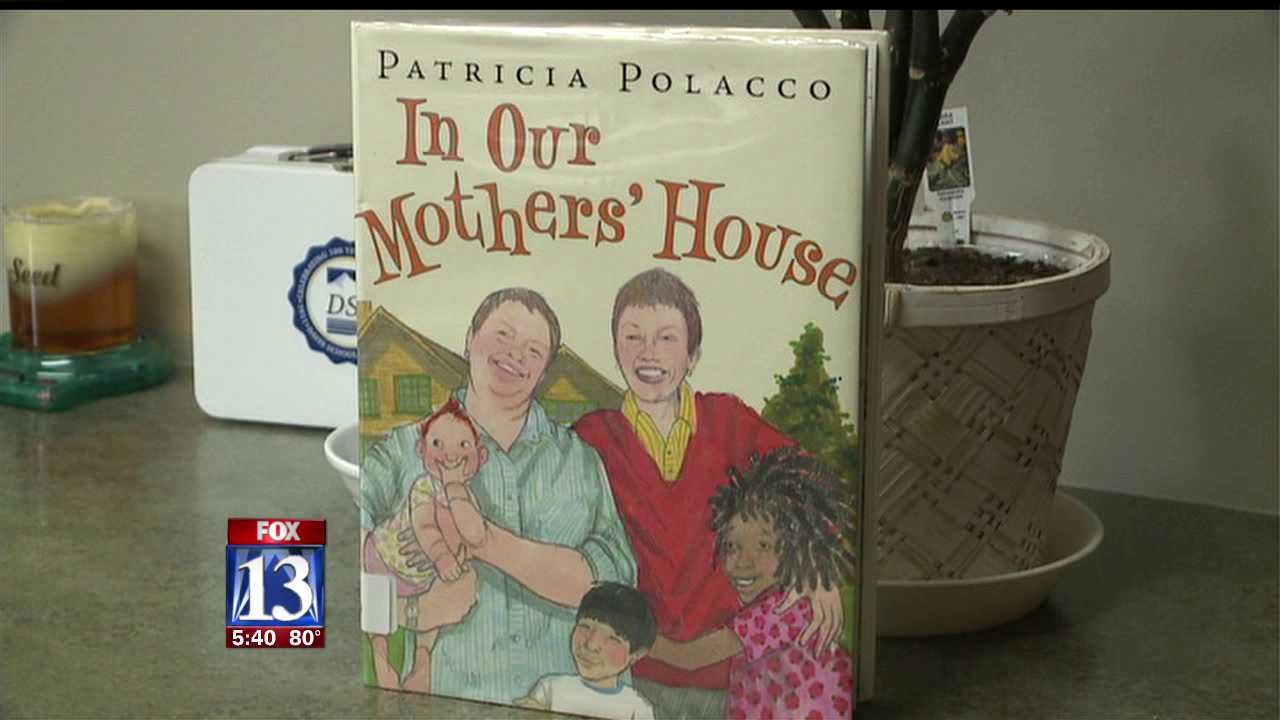 KAYSVILLE, Utah -- When a boy in kindergarten at Windridge Elementary School chose a library book called "In Our Mothers' House," he had no idea he was kindling a protest about the appropriateness of gay content in books for children.

The student's mother objected, saying the book's portrayal of lesbian parents had themes that shouldn't be available to children without their parents' consent.

That parent took a petition signed by 25 parents to a board of librarians with the Davis County School District. They decided to take the book off the shelves in all district elementary schools and to have libraries file the book behind the librarian's desk.

The author of the book, Patricia Polacco, told Fox 13 "I would like [the parents] to consider...what if they are raising a gay child and the child doesn't know they're gay and all they've heard is derision and criticism for that way of life."

Polacco, who has written more than 50 bestselling childrens' books said this is the first time to her knowledge her book has gotten this reaction, though she expected something like it when it was published in 2009.

Polacco said a classroom visit inspired the book. She was listening to children read essays about their families: "One little girl stood up and started to read about her family and was immediately stopped actually by an aid [who said] 'Oh no Viriginia. You don't come from a real family. Sit down.'"

Polacco said later in the day, "that little girl actually came to me sobbing and said 'Miss Polacco are you ever going to write about us. About families like us?' And I said 'You know, I promise you I will.'

The school district said they weren't trying to make a statement about homosexuality, though their committee was thinking about state law.

Parent Rebecca Taylor signed the petition and said the book is restricted to a degree, but only to allow parents' discretion.

"I thought it was a win-win situation to put the book in a place available to any parent when they need it and not just some random check-out with a kindergartener," said Taylor.

Another parent, Melanie Reeves, said she would not have signed.

"Personally that's not what I believe and I'm not going to teach my kids that," said Reeves. "But they should know about it -- they should have the education."

Any student who wants to check the book out must first be aware of it and then present a signed permission slip from their parents.