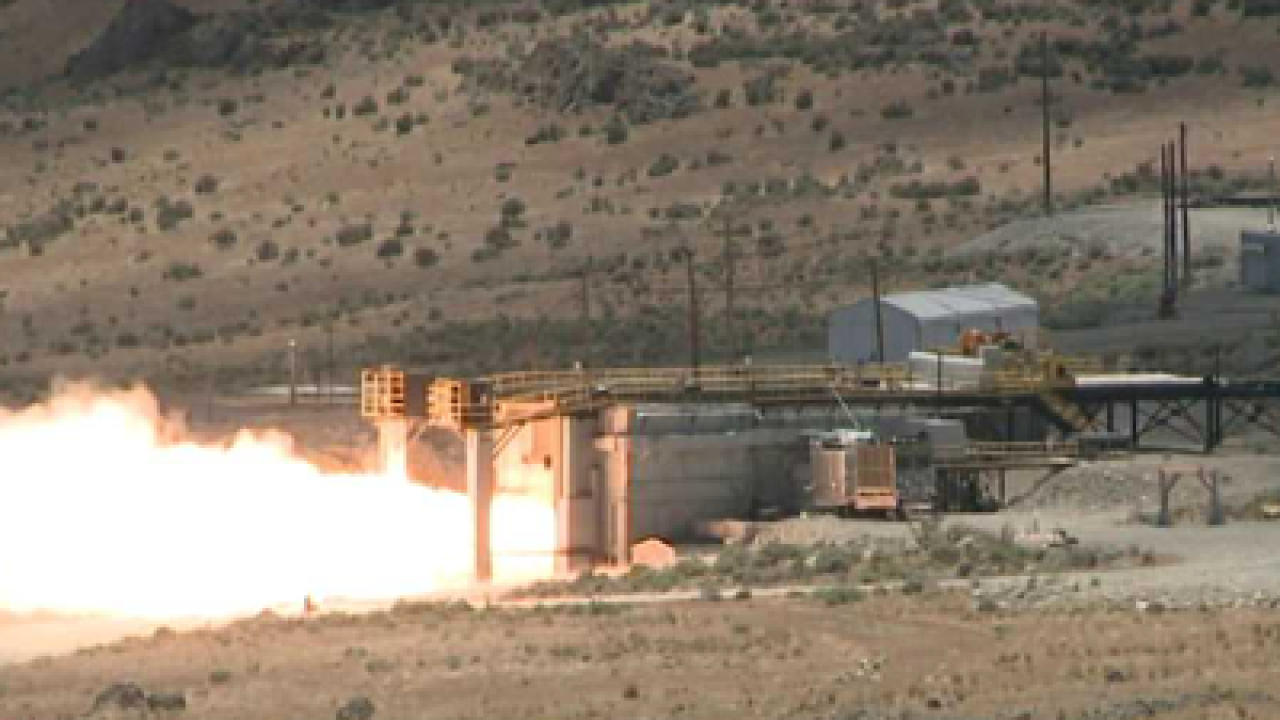 PROMONTORY, Utah - ATK showed off their new GEM-60 rocket motor on Thursday, igniting the device that puts out 270,000 pounds of torque.

The new rocket motor got two big tests on Thursday. First, the propellant was cooled to 30 degrees, something officials say is important to make sure the motor works in different situations.

"That changes some of the performance characteristics. We want to make sure that we meet all the margins," said Hal Murdock, ATK Strategy Director.

The new nozzle, designed by ATK, has to be pre-tested before being used in flight to make sure it works as expected.

"We're able to verify every feature of the new design before we actually have to use it in flight," said Mark Wilkins, Vice President of ATK Operations.

The new motor isn't as big as the motor ATK has designed for space shuttles, so visitors got a chance to view it up close. ATK even invited guest tweeters to spread the news.

"I liked to see the test. I felt the vibration in my chest when the engine ignited," tweeted Justin Davenport.

ATK engineers say the motors will help lift Delta IV rockets and one will put a GPS satellite into orbit this September.