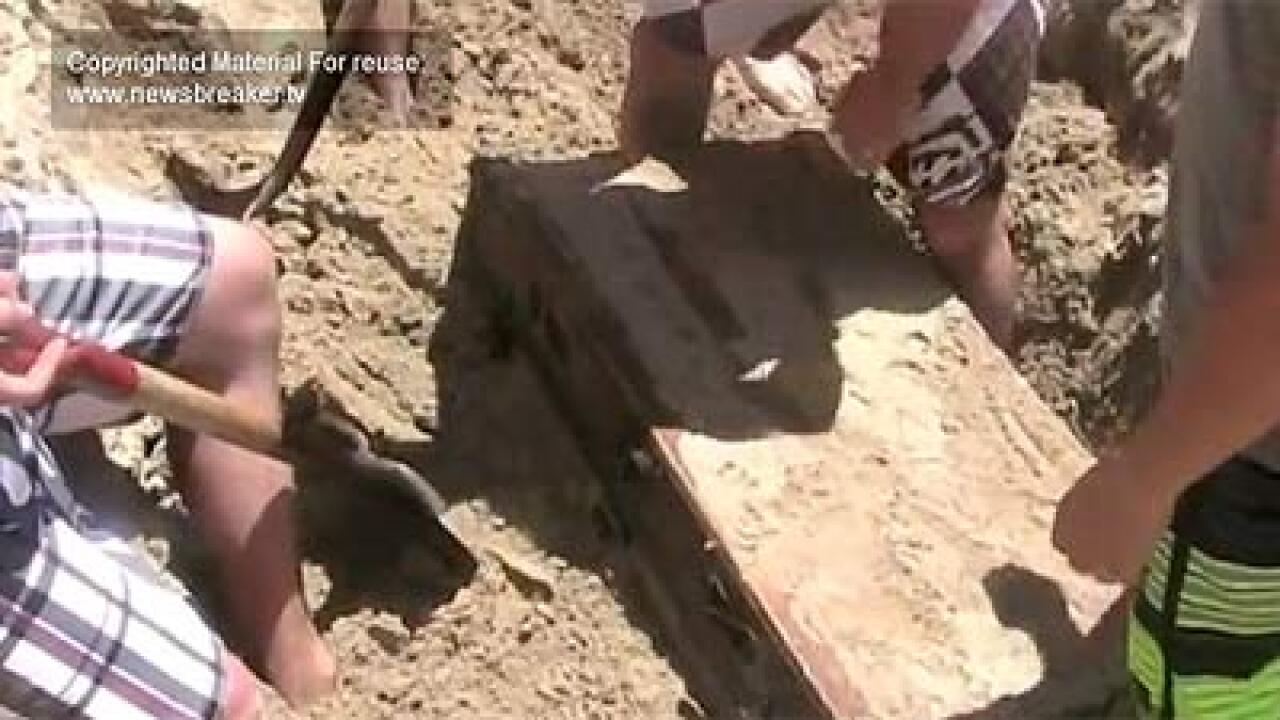 A video of four Ogden men pranking a crowd of people on the sand of Venice Beach, Calif., has made waves across the Internet.

The viral video shows the four men burying an authentic-looking treasure chest full of ‘gold’ in the middle of the night.

The next day, they pretended to find the chest with a metal detector and started digging, drawing a large crowd of excited onlookers. When the chest was finally opened, the crowd charged in to get some ‘gold’.

That ‘gold’, however, turned out to be about $100 in chocolate coins.

Since being uploaded on Tuesday, the video has been featured on Huffington Post, Reddit and Gawker and collected nearly 700,000 page views.

“We went to Venice Beach to pull a prank pretending to unbury a treasure chest full of fake gold we planted deep in the sand ourselves the night before. Among the people punked was internet entrepreneur and star of Millionaire Matchmaker, Dave “Sex Toy Dave” Levine.

Thanks to all of those who provided us with their footage afterwards and to those who fell for it and made this video worth more than gold.”