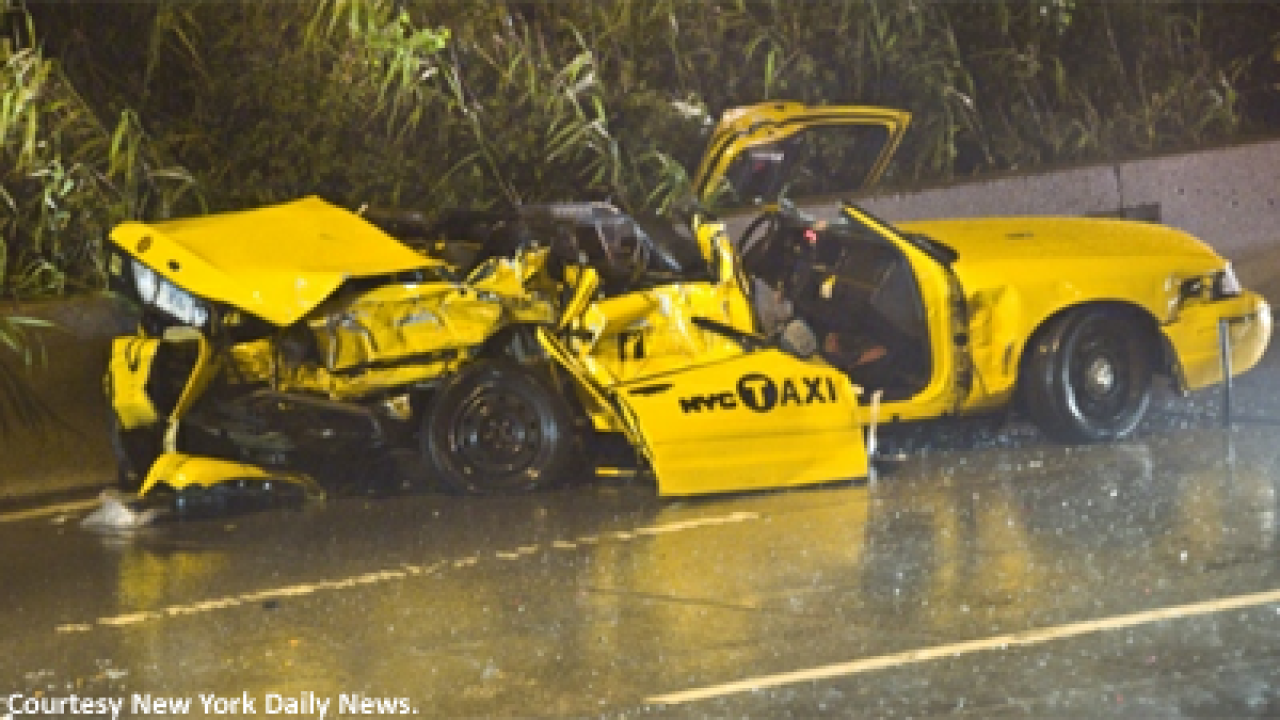 NEW YORK CITY – An Ogden woman was killed in a three-vehicle crash in New York City shortly after she and her grandson arrived the airport.

Suzanne Nicholson, 60, of Ogden, was riding in a taxi cab with her 11-year-old grandson from JFK Airport in New York City to her hotel just after midnight Saturday when the vehicle crashed into the back of a Porsche on the rain-slicked Long Island Expressway.

The taxi flipped onto its side and skidded from the left lane to the right where it stopped in the path of an oncoming garbage truck. Nicholson and the cab driver, Mohamed Hussain, 46, from Queens, New York, both died in the crash.

Gabe Larson, 11, survived, but suffered broken ribs, a fractured collarbone, an punctured lung and a concussion, the New York Daily News reported. He is currently listed in stable condition.

The drivers of the Porsche and garbage truck had no injuries.

Family members told the New York Daily News that Nicholson and Larson were traveling to New York City with her best friend and grandson for a “dream vacation” as a reward for the boys’ academic achievement in a school competition.