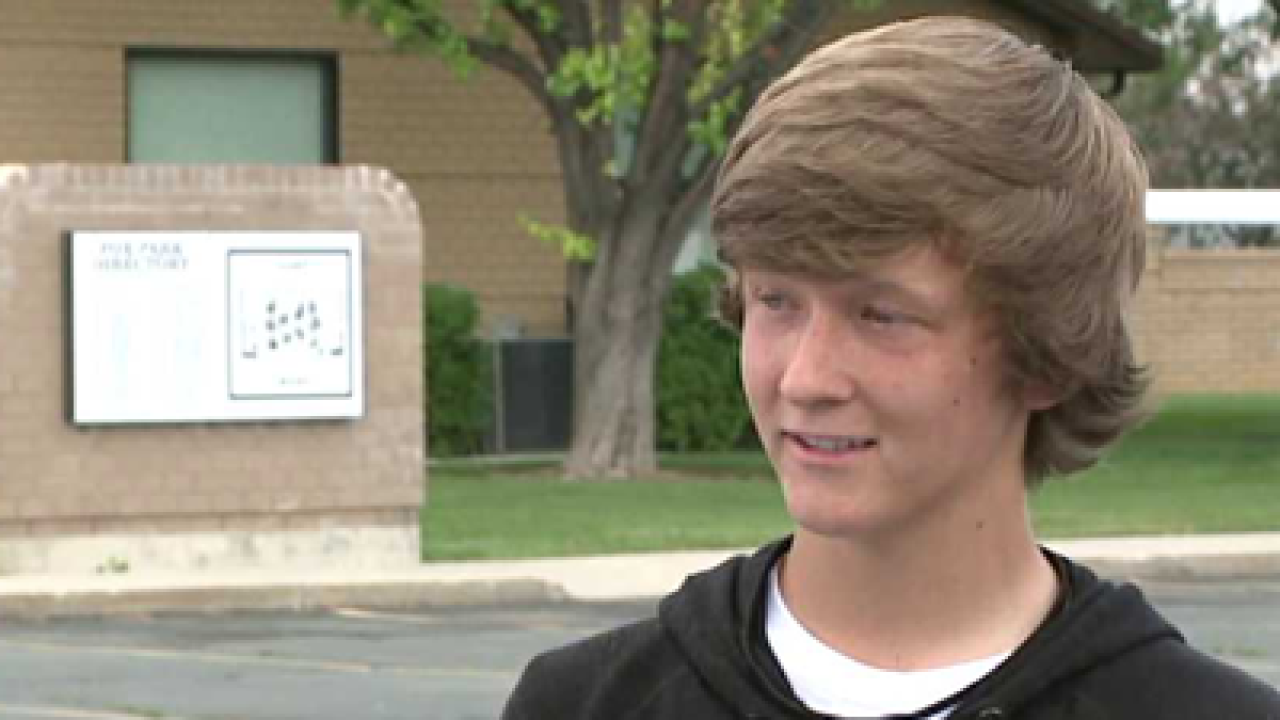 WEST JORDAN - A West Jordan teen is being called a hero after helping local police arrest a burglary suspect.

High school freshman Brady was outside with his friends on Thursday night when he heard breaking glass and, after investigating, spotted a man behind some bushes near the Jordan West Family Counseling Center.

Brady saw the suspect jump over a fence into a nearby apartment complex and started a pursuit.

"Then I saw him start to hop the fence so I chased after him and I started chasing him for a while," said Brady.

Lt. Bob Shobert with the West Jordan Police Dept. arrived and grabbed the suspect, identified as 49-year-old Thomas Gray. He then noticed Brady and his friends and realized they'd helped him catch the suspect.

"So I take control of him and I look over and there's four kids over there in the shadows and I say, 'Hey, you guys come over here so I can see who you are,'" Shobert said.  "Cops love it when they catch the bad guys and if it wasn't for the boys, we wouldn't have had him."

Betty Owen, the woman who runs the clinic, says she's extremely grateful for Brady and his friends.

"I just want to give you a really big hug for what you did," said Owen. "And with you here watching out for us, you saved a lot of records and information that might have been compromised, so you are a great Samaritan and I want to thank you."

"Yeah, it was just instinct, I knew something was wrong and I just reacted to it. I wouldn't have done anything different, it went good," he said.

Gray was arrested and booked into the Salt Lake County Jail. He went before a judge on Friday and is out of the jail on pre-trial release.