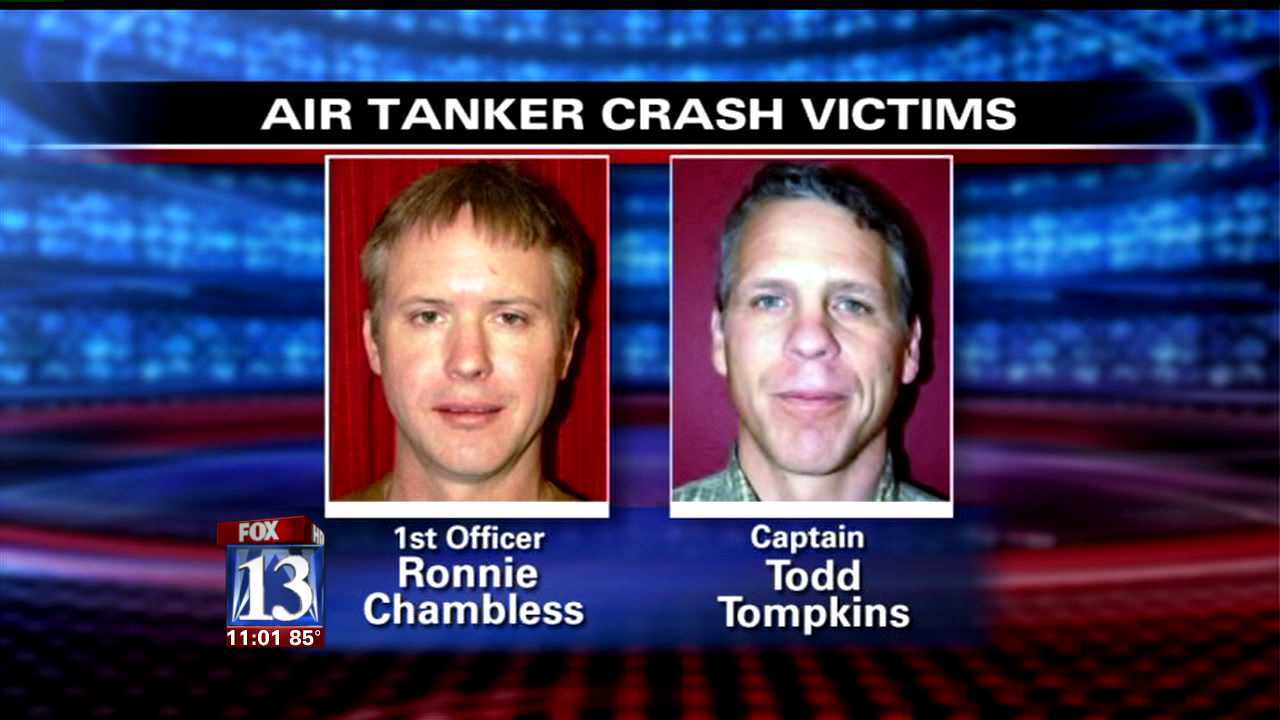 The two people on board the plane died as a result of the crash. Det. Jody Edwards, Iron County Sheriff's Office, identified the two victims as Capt. Todd Neal Topkins and First Officer Ronnie Edwin Chambless, both from Boise, Idaho.

"The plane had gone down in kind of a canyon. It looked like a right wing tip had hit the ground and caused the plane to start into a cartwheel-type crash," said Iron County Sheriff Mark Gower. "From start to finish, probably 600 yard debris field."

Similar air tankers have been grounded at the Cedar City Airport.

"It is obviously a sad day for everybody in the area and especially for those that deal with them on a year to year basis," said Russ Volk, Cedar City Airport manager.  "The air crew have been flying in and out of here for a long time, and it's just a sad situation."

Edwards say the plane had a successful drop then fueled up in Cedar City for a second run when it went down.

Fire crews immediately went to the area to keep the fire from burning the wreckage in hopes of finding survivors, but the two pilots died on impact.

"The plane crashed beyond the fire line with the fire approaching the downed plane," said Edwards. "Every other piece of equipment out there - especially the other aviators that were in the air - fought that fire as it approached that site and did everything they could to keep those flames off that crash site."

Officials with the Iron County Sheriff's Office, including a state medical examiner, wrapped up their investigation Monday afternoon while FAA and NTSB investigators will begin their own investigation. The National Transportation Safety Board (NTSB) investigators are expected to arrive at the crash scene Tuesday while firefighters help clear a safe area for them.

Officials from NTSB say they will release a preliminary report on their website within five days.

The 5,000-acre White Rock Fire, which is burning along the border of Utah and Nevada, was lightning-sparked and first reported on Friday night. Edwards says the area is mountainous and heavily wooded, making fighting the blaze very difficult.

On Tuesday, officials said the fire was about 20 percent contained.