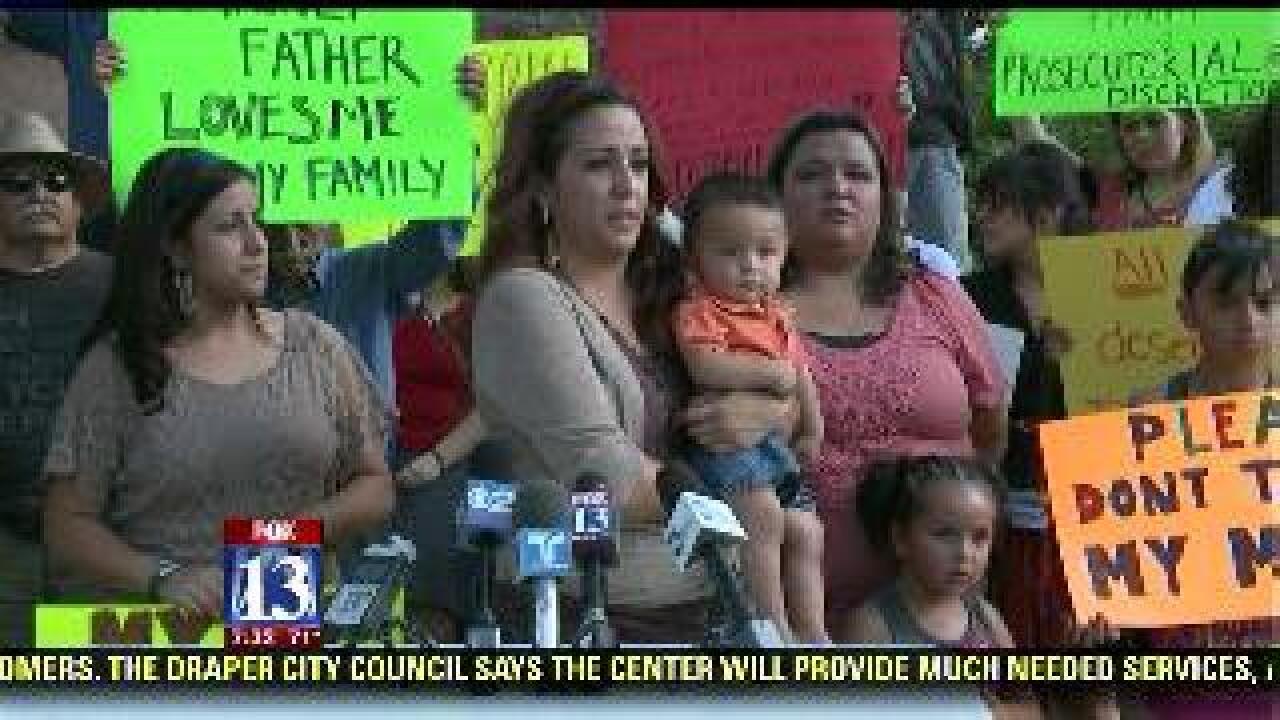 SALT LAKE CITY -- A Salt Lake City group held a rally at Temple Square on Monday to raise awareness of their efforts to stop the deportation of a LDS family.

The group, Salt Lake Dream Team, claims Immigration Customs Enforcement (ICE) officers deceived the women. They said ICE officers told them they were policemen and claimed to have a warrant for their arrest.

"You can't sleep at night. You have nightmares, we have nightmares all the time," said Barbara Tapia Avelar. "The only thing we did is we followed our parents when we were 10, 11, 8 years old."

Members of the dream team are asking for prosecutorial discretion for the sisters.  ICE attorneys can close low priority cases for those who have clean records.

The sisters are scheduled to be deported on June 15th.