Star-crossed: How to see Venus cross the sun 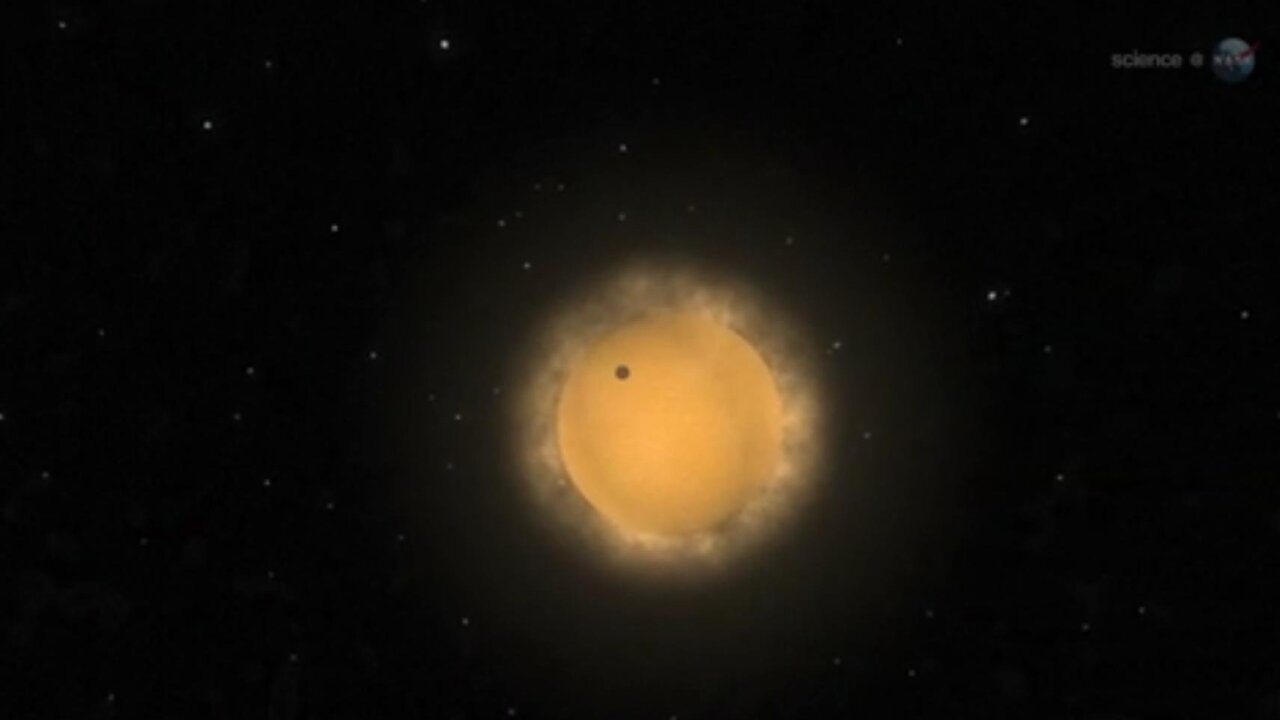 There’s a lot of excitement surrounding the “Transit of Venus,” even though this rare astronomical event will yield little scientific value. On Tuesday, June 5th, Venus will cross the face of the sun. The transit will take about seven hours and begin at 6:09 p.m. EDT.

(CNN) — Whatever you do, don’t look at it with your naked eyes!

Today, the planet Venus is crossing between the Earth and the sun – and millions of people will be craning their necks and squinting to see it.

Taking a gander at the “Venus Transit” without protection will put you at risk for permanent eyesight damage, say experts.

It’s going to be hard to see – even with the right eyewear. (Safety tips below.) But you might really want to take a look at it, knowing this: it’s Mother Nature’s last-chance offer.

To see a Venus Transit, you have to do it today. After that, it’s gone.

In fact, no one now alive on this third rock from the sun will ever see one again.

Maybe your grandkids or their children will see one when the planets align the next time – in 2117 and 2125.

What are we going to see? According to a NASA description: Venus’s atmosphere will be “backlit by solar fire … transiting the sun’s ghostly corona, and gliding past magnetic filaments big enough to swallow the planet whole.”

Actually, it’s just a little black dot against a huge sun. But in a way, it’s gonna be better than a Hollywood movie, says Douglas Duncan, an astronomer at the University of Colorado. “Nowadays we can create total alien worlds in the movie theaters, but this is real – you can go outside and see this black dot. It’s about the same size as Earth, and so it gives you a visceral feeling of how enormous the sun is because it dwarfs Venus.”

Bring popcorn – and a No. 14 welder’s glass – if you have any lying around the house.

NASA says looking at it through welder’s glass is a safe option.

Welding not your style? Many astronomy clubs and museums and observatories will have solar telescopes to look through, and special cardboard glasses available to protect your eyes.

Another way is to use a pair of binoculars and point them so the light from the sun goes in the front and comes out the eyepiece. Hold a piece of paper in front of the eyepiece and focus it. If everything is working right, “you’ll get a nice, round image of the sun several inches across – and you can see Venus as it comes across,” says Duncan.

Back in the day – before satellites and space probes – scientists used the Venus Transit to measure the distance between the Earth and the sun and other planetary calculations. Now, scientists hope to use it to find out exactly where the north pole of the sun is located. They also may use satellite data from the transit to find more planets outside our own system.

Venus’ entire transit across the sun will take about 6 hours 40 minutes, but the whole thing won’t be visible in most of the United States – only Alaska and Hawaii, weather permitting. Folks in the U.S. can see part of the crossing – until sundown, of course – which is late in the evening this time of year. The farther west you are, the longer the event will be visible.

Here are the times and places in the U.S. to see it:

Alaska: a few minutes after 2 p.m.

Hawaii: A few minutes after noon

Unfortunately for a lot of us, pesky cloud cover is going to be a problem.

The best weather during the transit will be in the desert Southwest and California, says CNN meteorologist Chad Myers. The Midwestern view should be nice from North Dakota to Tennessee. But clouds may pose problems in Maine and New York and also in the Southeast including Florida and Georgia. Hawaii will have clouds in some areas and the weather in Anchorage, Alaska should offer some descent views.

Elsewhere on the planet, the Venus Transit won’t be visible in West Africa, Portugal and Spain. But it will be visible Wednesday after sunrise in parts of Asia, East Africa, Western Australia and most of Europe.