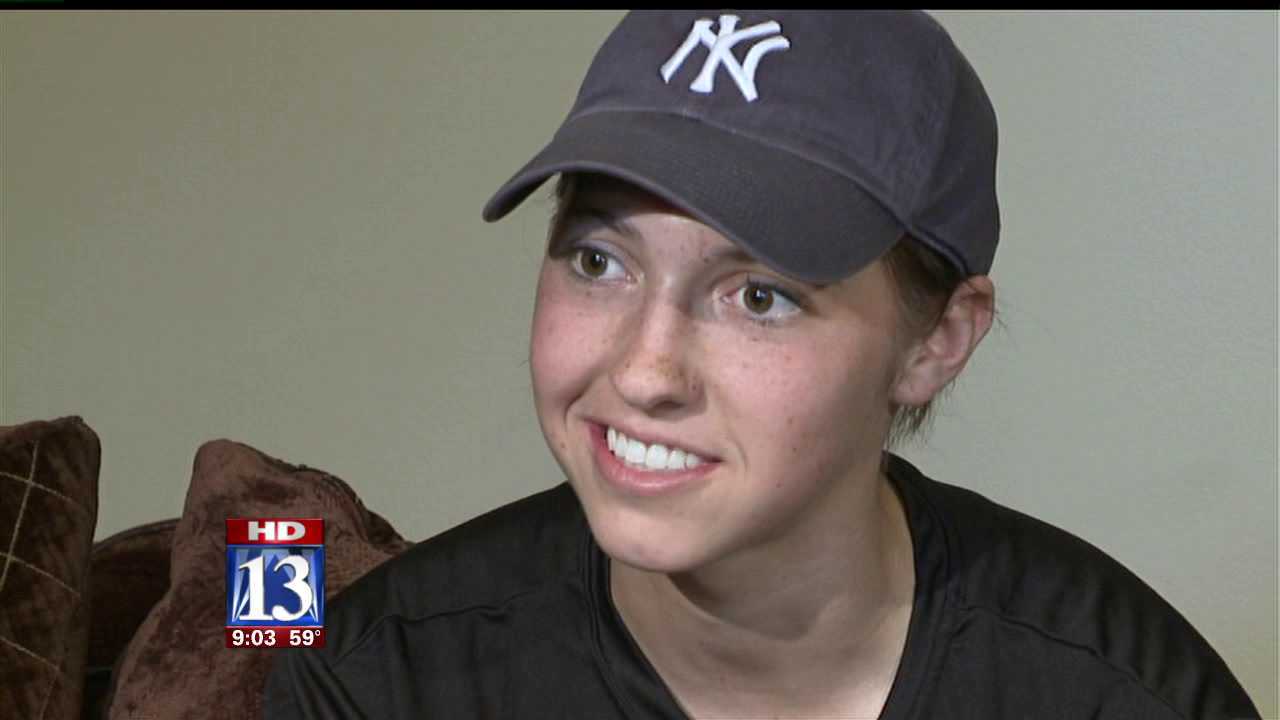 Just eight months ago, Lexe Selman was on top of the world.

The senior captain of the Alta High School soccer team scored two goals in a state semifinal victory over Davis and went on to help her team defeat Viewmont 1-0 at Rio Tinto Stadium for the 5-A State Championship. At the time, she was looking forward to her final club season with the Utah Avalanche, her 18th birthday and her graduation a few days later. She already had a full soccer scholarship to the University of Arizona.

Then in April, everything changed. Lexe was covered with bruises that wouldn't go away. She became fatigued and struggled during drills with the Avalanche.

"I started getting more tired," Lexe said. "I'd do the sprints, the sprint workouts we got and it was really hard to do them and i was like - wow I really let myself get out of shape. How could I do this?"

Lexe convinced her doctors to let her warm up before the Avalanche's game versus a team from Colorado last Saturday in Park City.

Wearing a surgical mask over her nose and mouth and a blue cap on her balding head, Selman went through pregame warmups. Teammates suggested to coach Joanna Barney to have Lexe kick the ball off to start the game. She was supposed to kick the ball out of bounds and jog off the field to sub out but instead she put the ball in play and starting sprinting around the field at full speed.

A minute and 22 seconds into the match, Selman took a pass, turned her defender around and unleashed a right-footed shot that rocketed into the upper right corner of the goal. She was mobbed by teammates, including goalkeeper Jeannie Woller, who sprinted into the midfield to join the celebration.

"That goal, it wasn't just for me," Selman said. "It was for them. It was for my teammates, for all the people who have been supporting me and for all the kids who are battling this fight with me against leukemia."

Another parent at the match captured the goal on his iPhone and posted the video on YouTube. Lexe has been getting positive messages from around the world on Facebook and Twitter.

"Sometimes stars align for a reason and this reason may be the fact that it's Lexe's time now to champion a fight,'' her father Mark Selman said. "This fight is cancer and the horrible disease of leukemia. Sometimes you don't choose the path. The path chooses you."

Lexe plans to delay college for a year but has no doubts she will start classes - and start playing for the Wildcats in the fall of 2013.

"I like to think that I don't have cancer, that cancer has to deal with me," Lexe said. "And so far I'm winning."

For more on Lexe's battle with leukemia, you can read her blog at http://lexekicksleukemia.blogspot.com/