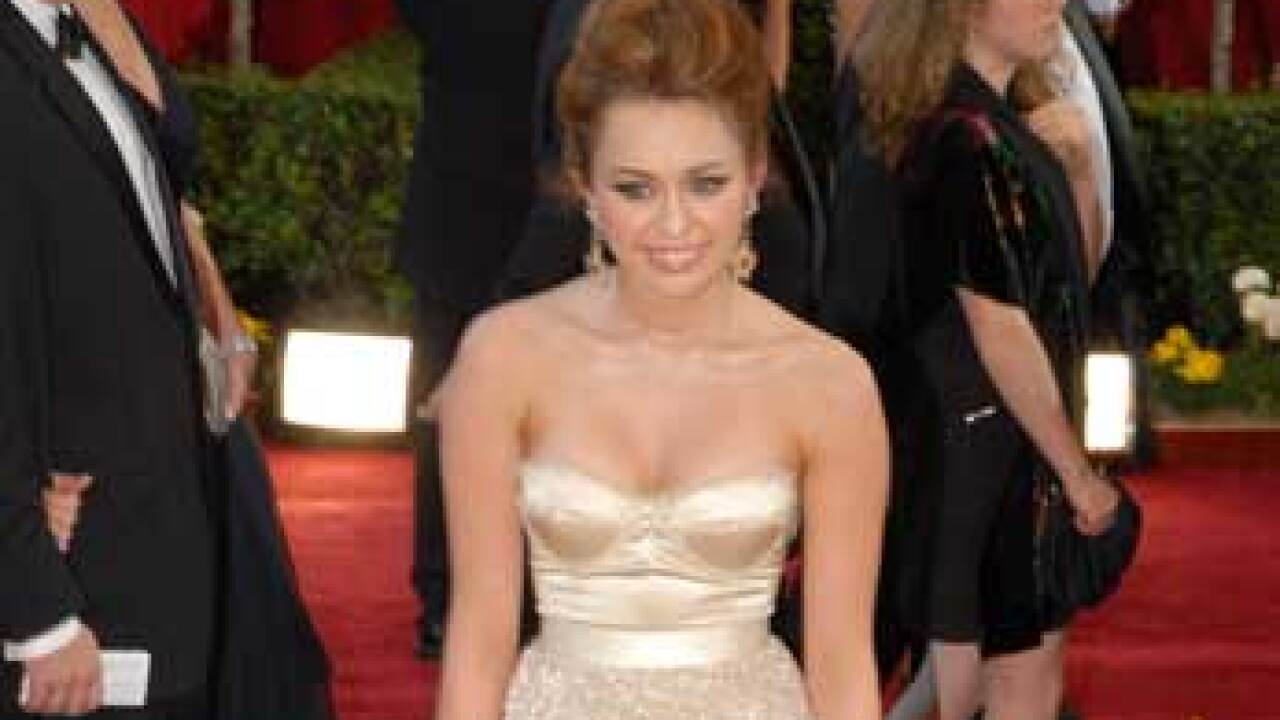 (CNN) — Miley Cyrus is engaged to her off-and-on boyfriend of three years, “The Hunger Games” star Liam Hemsworth, a representative for Hemsworth told CNN on Wednesday.

“I’m so happy to be engaged and look forward to a life of happiness with Liam,” the 19-year-old Cyrus told People magazine.

The two met when they co-starred in “The Last Song” in 2009. They broke up the following year, then reunited less than a year later.

Hemsworth, 22, proposed on May 31 with a 3.5-carat diamond, according to People.

The couple sparked engagement rumors in March after Cyrus was seen flashing a noticeable diamond ring on her finger at an Arizona event, but representatives for both denied it.

In February, Hemsworth told Details magazine he was smitten with Cyrus.

“What happened, happened,” he said. “She makes me really happy. When you start (filming), you want to be professional, but when you’re filming those scenes with someone and pretending to love them, you’re not human if you don’t feel something.”

Cyrus is working on a new album, People reported, and Hemsworth is filming “Empire State” in New Orleans. He will also shoot a movie with Harrison Ford and Gary Oldman, called “Paranoia,” before working on the next “Hunger Games” installment.

Cyrus, the daughter of country singer Billy Ray Cyrus, catapulted to international fame after starring in the “Hannah Montana” television series on the Disney Channel. She has also launched her own successful recording career, selling out venues worldwide while on tour, and has appeared in several movies.

Born Destiny Hope Cyrus, she earned the nickname “Smiley” as a child, which was later shortened to Miley. In 2008, she formally changed her name to Miley Ray Cyrus.

Cyrus has also been the target of controversy. At 15, she apologized after Vanity Fair magazine published provocative photos of her, saying she was “so embarrassed.” At 18, she acknowledged that smoking a bong filled with the herb salvia was “a bad decision” after a video surfaced. And last year, she dealt with fallout after joking that she was a “stoner.”

Hemsworth, a native of Melbourne, Australia, started acting while in high school, according to an Internet Movie Database biography, following his brothers Chris and Luke into show business. He was cast last year in “The Hunger Games,” gaining international fame.