Mystery dock with Japanese inscription winds up on Oregon beach 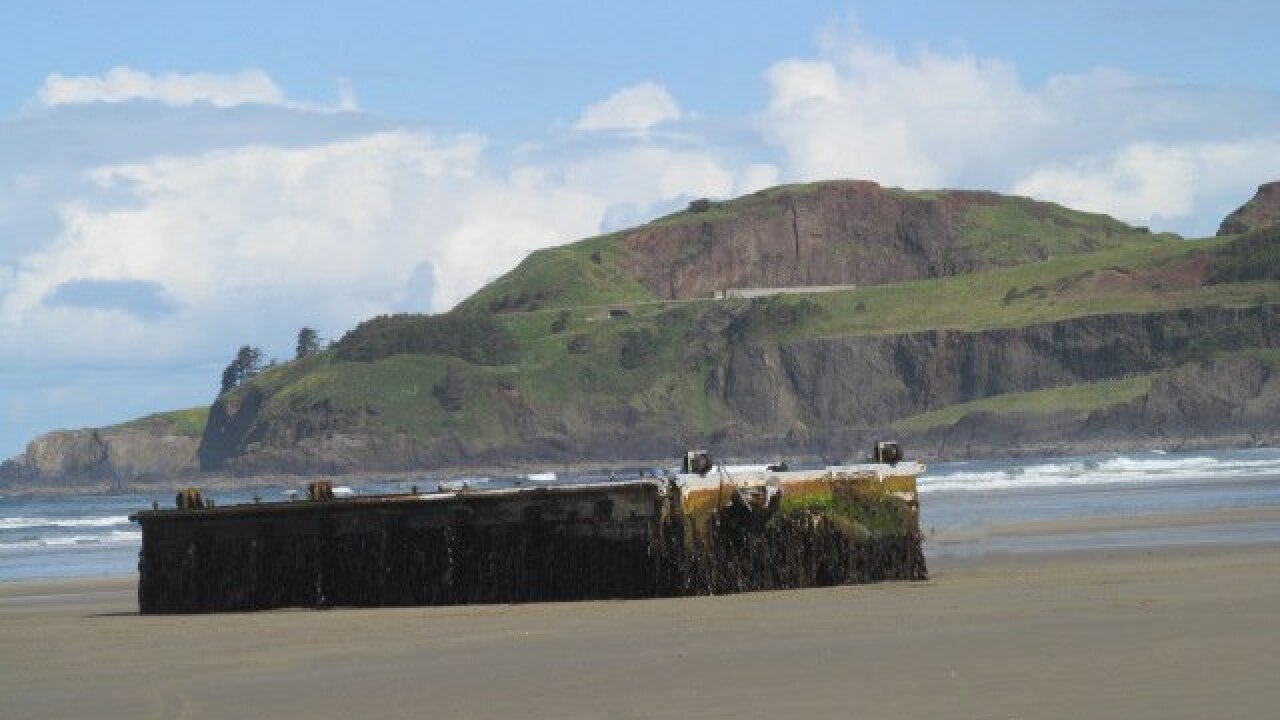 A metal placard bearing Japanese writing was found attached to the dock that washed ashore at Agate Beach early June 12, 2012 1 mile north of Newport. The placard (photo attached), has been forwarded to the Japanese consulate in Portland, Oregon, for their review. The origin of the dock has not yet been confirmed.

(CNN) — Officials in Newport, Oregon, are trying to figure out how a 66-foot long dock with a metal placard bearing Japanese writing wound up on a local beach.

The dock was first seen floating offshore near Agate Beach, a mile north of Newport, according to the Oregon Parks and Recreation Department.

“The origin of the object is not known, but there is no obvious evidence it crossed the ocean,” the parks department said in a statement.

The dock is 7 feet tall and 19 feet wide, made of concrete and metal but is able to float. Because of the large size, state park workers are telling residents to stay away from it.

Some have speculated that the dock may be debris from the March 2011 tsunami in Japan since other items have washed up on Western U.S. shores after that disaster. Parks officials cannot confirm the dock’s origin but said they had forwarded the placard with Japanese writing to the Japanese Consulate in Portland, Oregon.

A metal placard bearing Japanese writing was found attached to the dock.

Oregon parks spokesman Chris Havel told CNN that officials tested the dock for radiation but the tests were negative. There have been concerns that tsunami debris from Japan could be contaminated by radiation because of problems at Japan’s Fukushima Daiichi nuclear plant. But the National Oceanic and Atmospheric Administration has said that it is unlikely that radioactive material will make landfall in North America.

Havel said that the translated placard reveals a company name, location and phone number, and officials were checking that information. He added that tires on the dock were determined to have come from a company in Japan. Havel also said officials were testing plants and wildlife found on the dock to see if they are native to Japanese shores or somewhere else in the Pacific.