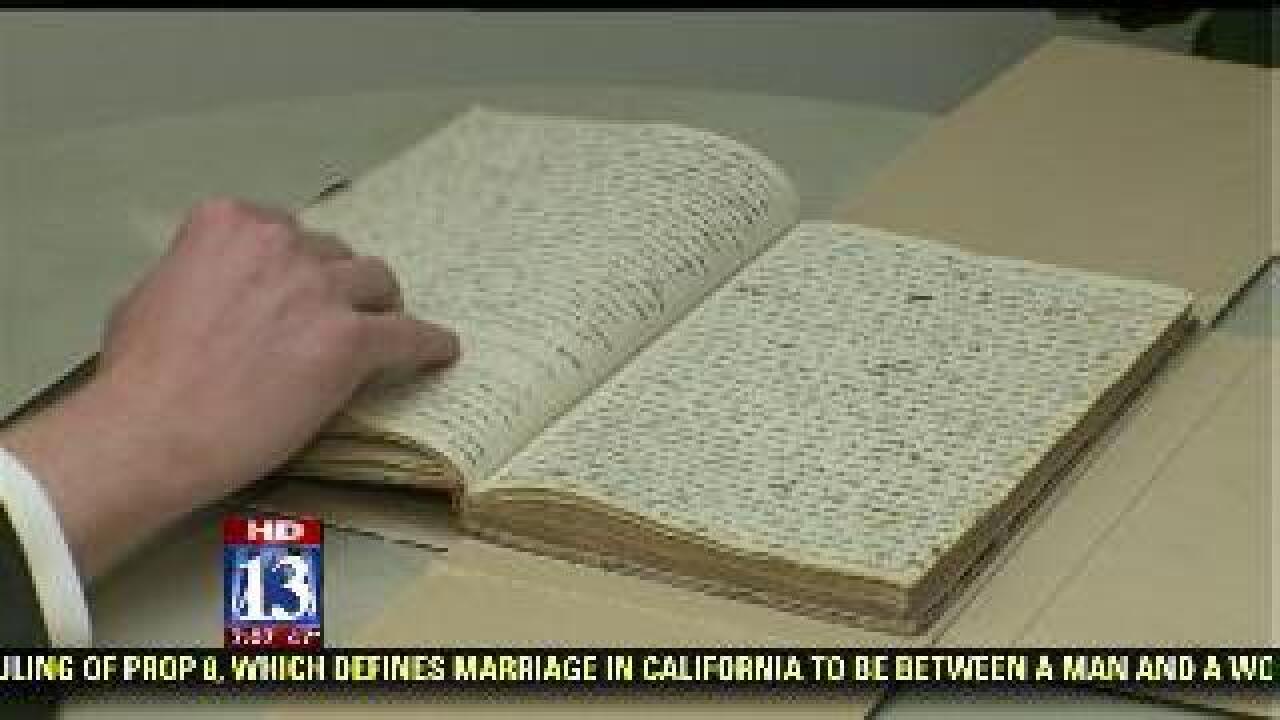 The new documents, which have been added to the Joseph Smith Papers website, include a letter book started in 1832 that contains Smith's account of the first vision and his visions of the Angel Moroni.

"It's one of the most important documents in the whole collection of the church archives," said Eric Smith, production manager for the Joseph Smith Papers.

Right now, there are close to 700 documents, but Eric Smith says organizers plan to increase that number to several thousand.

"Eventually there will be between 2,500 and 3,000 documents, which will include every document written or otherwise created by Joseph Smith," Eric Smith said. "Every two or three months we are publishing more documents to the public that they'd otherwise would not have access to or limited access to."

Also available online are letters written by Smith and other associates regarding early church affairs in Missouri. In the future, organizers plan to acquire more documents from Missouri, including Smith's letters to his wife and copies of revelations, something Eric Smith says they're really excited about.

The papers are compiled from libraries across the country, but most come from the Community of Christ Church in Independence, Missouri.

"Their church was created in 1840s or 1850s," said Eric Smith. "Their leader was Joseph Smith the Third, son of Joseph Smith."

The website - josephsmithpapers.org - has both professional transcripts of the documents and copies of the original writing.