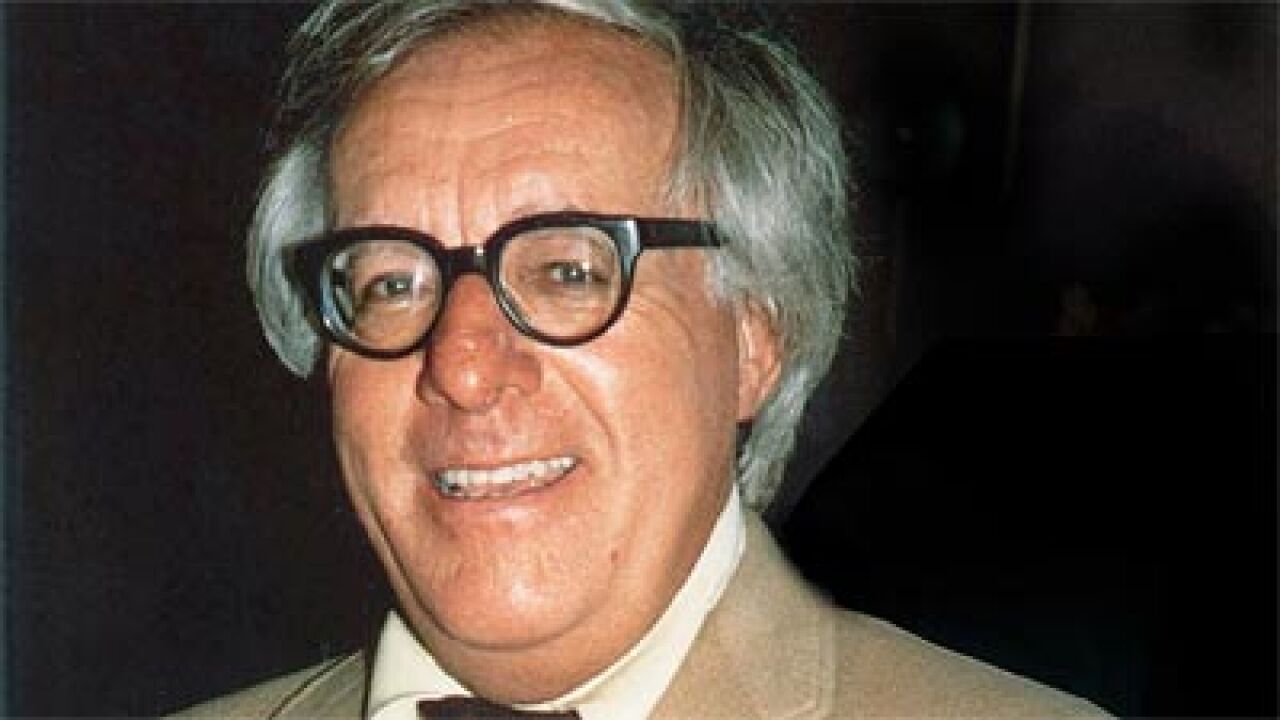 By Alan Duke
LOS ANGELES (CNN) — Science fiction author Ray Bradbury, whose imagination yielded classic books such as “Fahrenheit 451,” “The Martian Chronicles” and “Something Wicked This Way Comes,” has died at 91, his publisher said Wednesday.

Bradbury’s books and 600 short stories predicted everything from the emergence of ATMs to live broadcasts of fugitive car chases.

“In a career spanning more than seventy years, Ray Bradbury has inspired generations of readers to dream, think, and create,” the statement said. “A prolific author of hundreds of short stories and close to fifty books, as well as numerous poems, essays, operas, plays, teleplays, and screenplays, Bradbury was one of the most celebrated writers of our time.”

He wrote the screenplay for John Huston’s classic film adaptation of “Moby Dick,” and was nominated for an Academy Award.

Bradbury adapted 65 of his stories for television’s The Ray Bradbury Theater, and won an Emmy for his teleplay of “The Halloween Tree.”

“In my later years I have looked in the mirror each day and found a happy person staring back,” he wrote in a book of essays published in 2005. “Occasionally I wonder why I can be so happy. The answer is that every day of my life I’ve worked only for myself and for the joy that comes from writing and creating. The image in my mirror is not optimistic, but the result of optimal behavior.”

Bradbury in Los Angeles since his family moved there from his native Waukegan, Illinois, to look for work during the Great Depression.

He is survived by his four daughters, Susan Nixon, Ramona Ostergren, Bettina Karapetian, and Alexandra Bradbury, and eight grandchildren. His wife of 57 years, Marguerite, died in 2003.