Another bear spotted in Summit Park 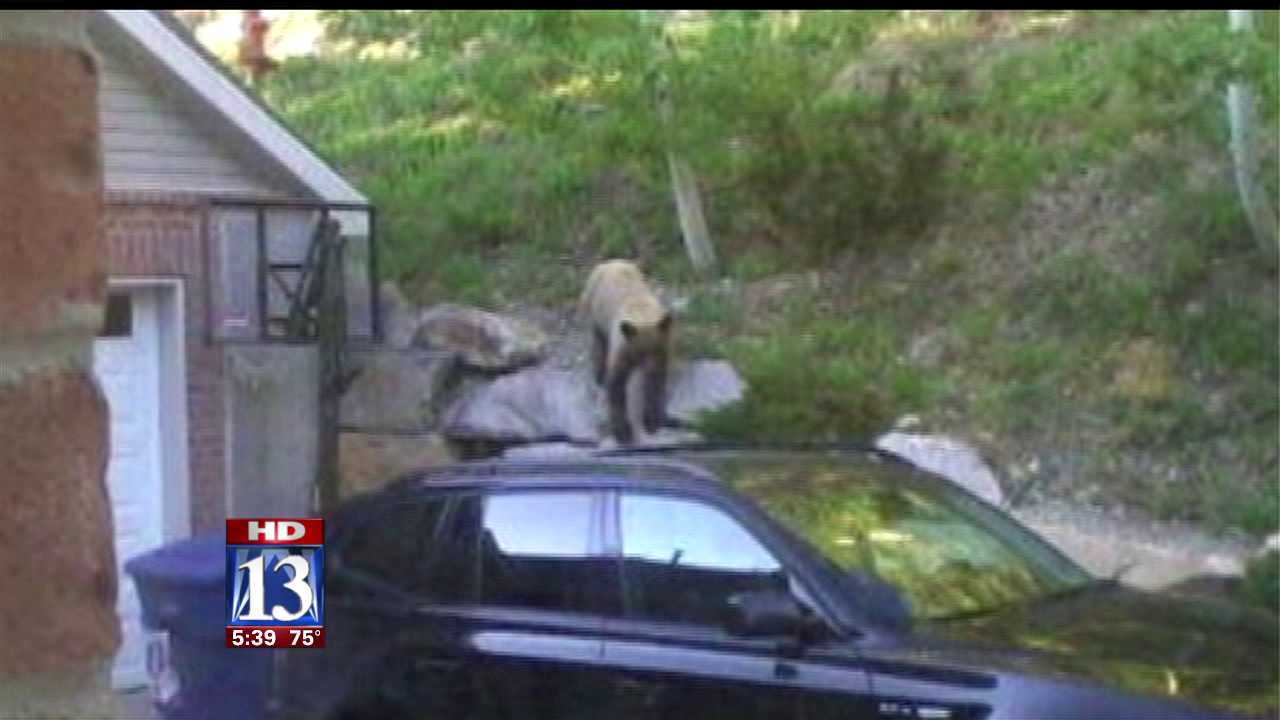 PARK CITY, Utah -- It is the second bear sighting in the past two weeks for the Park City neighborhood of Summit Park.

Wildlife officials say they think the black bear that was found wandering through residential areas two weeks ago may have a sibling. Wednesday night, resident Debbi Fugal spotted a young black bear in her backyard after it was spooked by her dog.

“I ran after her [dog] and shut the gate so she couldn't get out and I saw the bear run through the trees, big black bear about the size of a desk,” said Fugal.

Division of Wildlife Resources officials trapped a young bear in the same neighborhood earlier. They tranquilized it and relocated the animal to Spanish Fork Canyon and say it may possibly be this bear's sibling.

And even though neither one of them have shown signs of aggression, Fugal wants the animal caught.

“We're walking dogs around here all the time, kids are playing, it's a residential subdivision and it makes us nervous,” says Fugal.

The DWR says it put out two traps and is contacting houndsmen to bring out dogs to chase the bear away.

Officials are telling residents not to leave pet food outside their home.